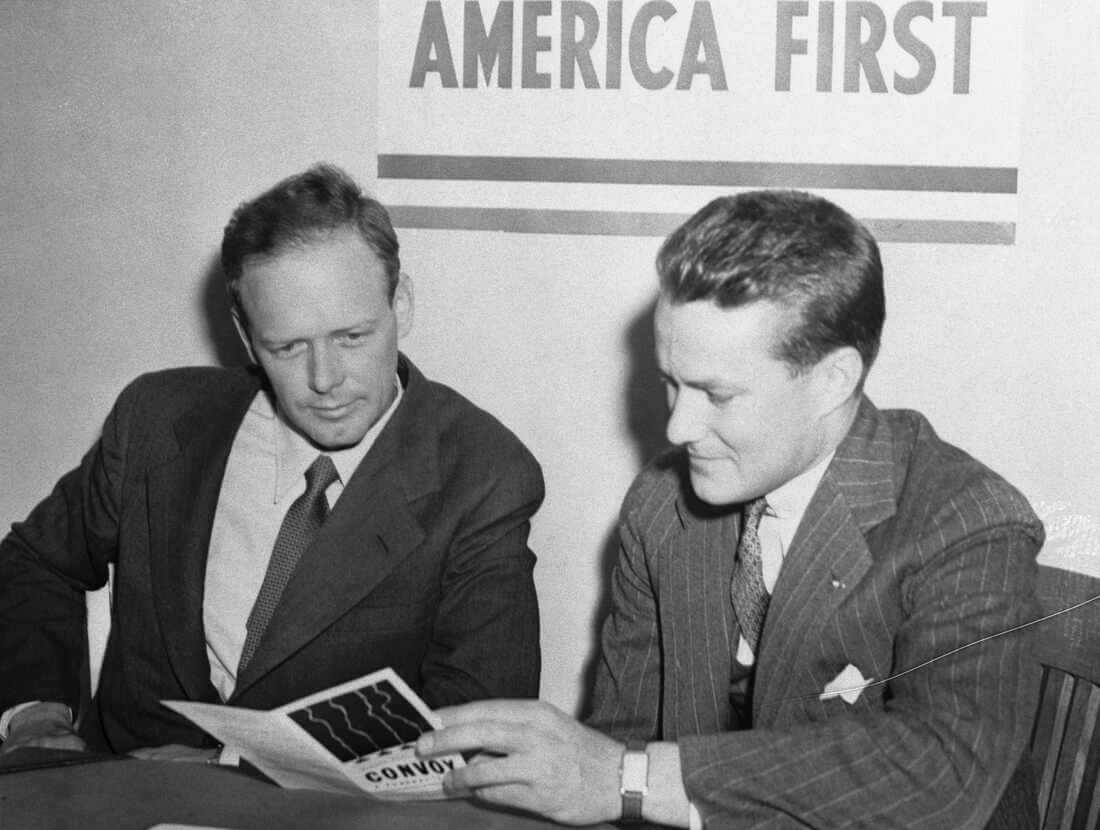 A fairly significant realignment in American politics seems to be in play over foreign policy. The twentieth century saw two big shifts: the Second World War ended the Republican Party’s opposition to increased defense spending and foreign intervention. The Vietnam War recreated that worldview within the Democratic Party. During the years between these two wars, a strong national security consensus supported an aggressive American foreign policy.

Of all the areas of public policy, views on foreign policy are the easiest to change, because they tend to be nonideological. I’ve explained this before in my 2019 series on political philosophy, that foreign relations lack inherent ideological content.

But we certainly see periods of partisan correlation. We may be entering into a new period that looks more like the early 20th century when Republicans were the anti-war party.

The war in Ukraine has certainly made hawks of most Democrats. How many former Code Pink activists would support the Biden administration establishing a no-fly zone over Kyiv?

Let’s flip that question. How many former national security conservatives would oppose the same policy choice?

Second, eleven Republican senators voted against the Biden administration’s request for $60 billion in military aid for Ukraine. A decade ago, it would be hard to find a single Republican that would have thought twice over voting for ten times that much funding for Iraq or Afghanistan.

Eleven senators constitute a minority of the Republican senate caucus. But is this a minority that is more in tune with Republican primary voters? If the answer is yes, then this may be a lasting realignment.

If being a movement conservative now entails jumping onboard a new peace movement, then the equivalent of the Vietnam Day Committee at the Berkeley campus in 1965 was an anti-war huddle in Senator Rand Paul’s office earlier this month, hours before the House originated the Ukraine aid appropriation. This powwow included two libertarian organizations: the Koch political network and the Cato Institute. Nothing would be new about that assembly of philosophically coherent advocates of limited government. But they were joined by American Moment and writers for the magazine The American Conservative. Together they discussed messaging and strategy on a vote they expected to lose as a chance to strategize about the new politics of U.S. foreign policy more generally. These new doves seek to pull America back from deeper military commitments across the globe. As the Biden administration escalates U.S. involvement in Somalia, this new GOP coalition anticipates fighting that too.

Another sign of the times is the Heritage Foundation. This stalwart conservative think-tank has long been a defender of all three legs of the old Reagan coalition’s three-legged stool: national security conservatism, religious conservatism, and free-market economics. Under its new President Kevin Roberts, who took over late last year, Heritage is ditching the national security leg of that old school stool.

Another indication of a new partisan divide on foreign policy would be any signs that Democrats will continue to hug American global hegemony. Seeing Nancy Pelosi fly to Ukraine for a photo op as fast as John McCain would fly to Iraq for the same is probably worth noting. This could be permanent if the two parties continue to show a divide on expertise. If the Democratic party is as quick to align itself with the establishment’s understanding of how the world works as the Republicans have shown a knee-jerk rejection of expertise, the opinions of America’s military, intelligence, and diplomatic professionals will be increasingly embraced by Democrats and questioned by Republicans.

Will this alignment change U.S. foreign policy? That seems less likely. There was a reason that, as senators, Hillary Clinton, John Kerry, and Joe Biden all voted for the Iraq War and Donald Trump didn’t withdraw from NATO. The prevailing expertise tends to attract bipartisan support and mere lip service opposition. The left calls it the “blob.” The right calls it the “deep state”. Party positions may change, but established policy habits tend to linger regardless of which way the political winds blow.