A thousand people showed up to Lownsdale Square in Downtown Portland (6/24) for a rally organized by the Portland Democratic Socialist of America.

They protested many causes from abortion rights to free health care to class warfare.

Although the crowd had many sincere, well intentioned people and some touching speakers, their message was overshadowed by extremism and threats.

• One speaker said if they don’t get what they want then maybe “…we should burn it all down!”  The crowd cheered.   Several small fires were in fact set later that night in Portland, and a rioter was arrested in Eugene for a possible incendiary device.

More scenes of burning that took place next to where the Socialist rally was held.

• One speaker lead the crowd into chants “Abolish Supreme Court!”

The crowd came prepared with their own “Abolish SCOTUS” signs and “Expand SCOTUS” signs.  Expanding SCOTUS would pack the Supreme Court just like violent dictators do in other nations. 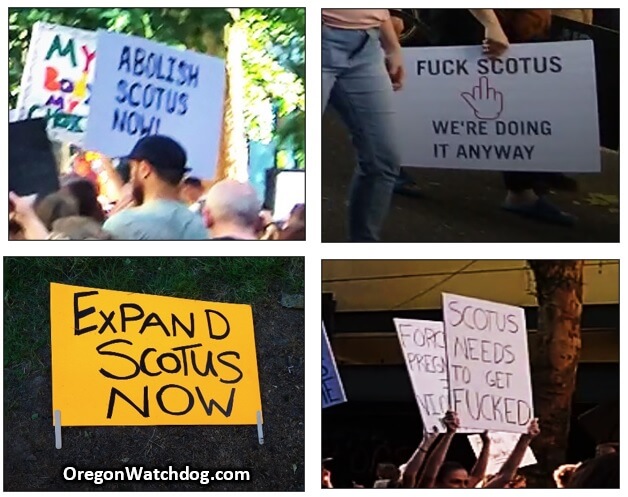 Following the rally attacking on the Court (and the call to burn it down) … people left these messages below at the rally site. 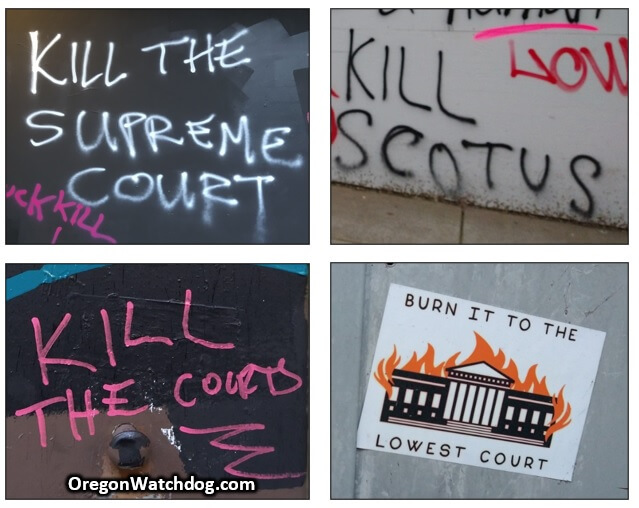 The killing messages at the rally site extended to all sorts of targets. 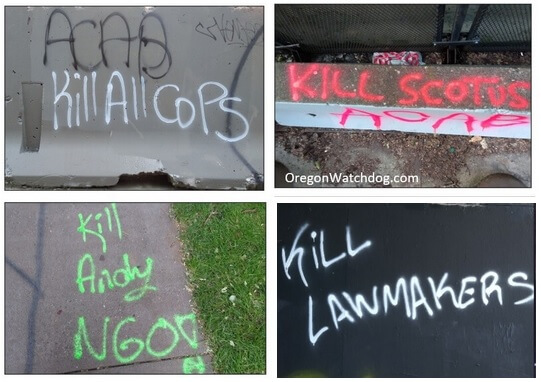 Read more on the socialist rally:

Follow our two years of original reporting on the Portland riots here.