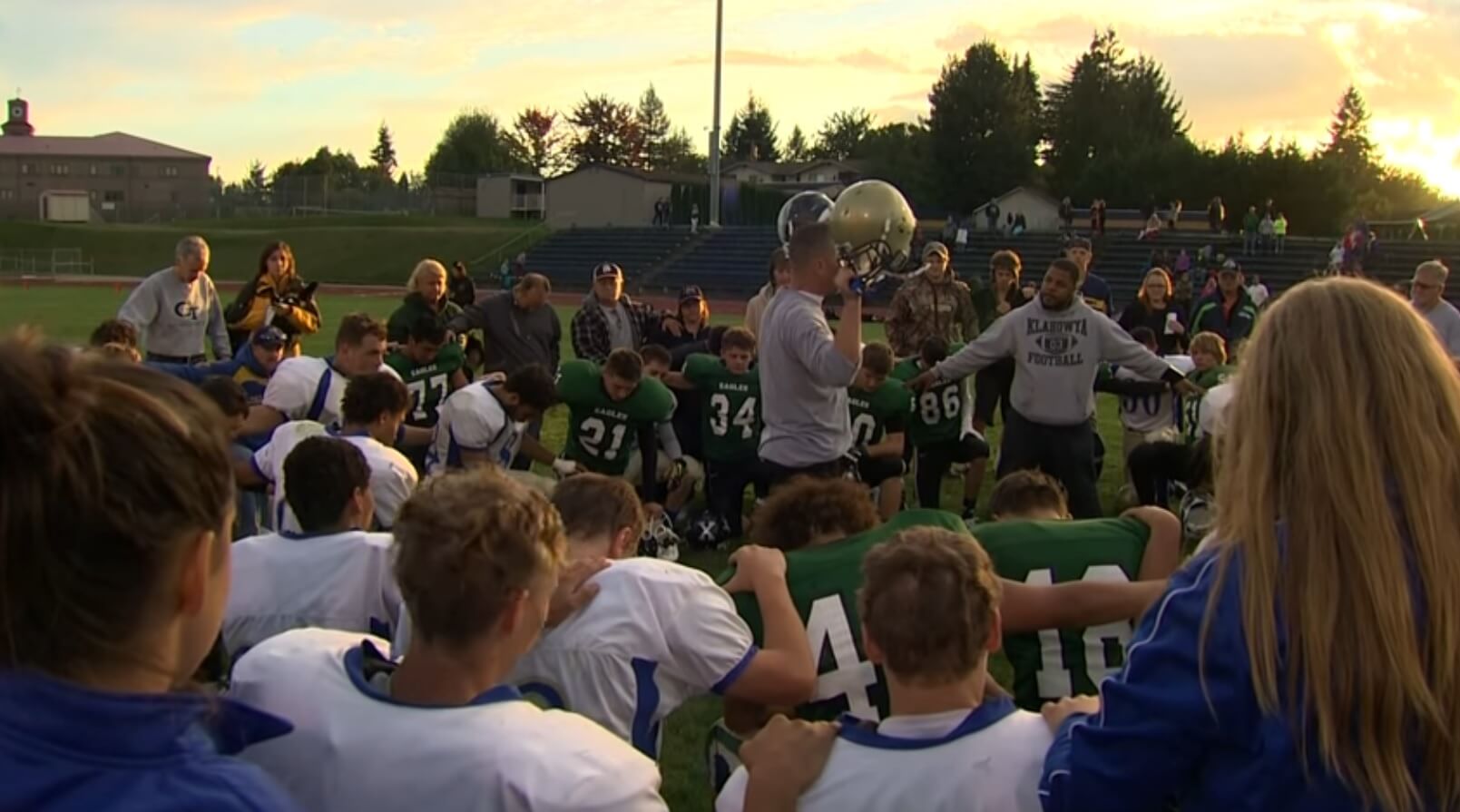 The U.S. Supreme Court is on a roll, last week and now another one announced just minutes ago.

Two major victories for freedom last week. The court decided that the so-called “abortion right” that the Supremes created out of thin air almost fifty years ago didn’t exist at all.

Now the states can make that decision they way they did before Roe.

And the Court slapped down New York’s unconstitutional limit on the right to keep and bear arms. The Empire State tried to tell citizens they only enjoyed that right inside their homes.

I’ve had the pleasure of talking to coach Joe Kennedy who was fired from Bremerton High School. The Marine Corps vet would take a knee on the field, after each game, and give thanks to God for the performance of his players.

Seven years ago, the school district threatened to fire him if he didn’t stop his private prayer on public property.

The Bremerton school district fired him for exercising his 1st amendment rights.

The Supreme Court decided that Coach Joe was right…the school district was wrong.

Thank God and the founders of this country who knew what it means to have religious freedom denied…so they wrote it into the Constitution.