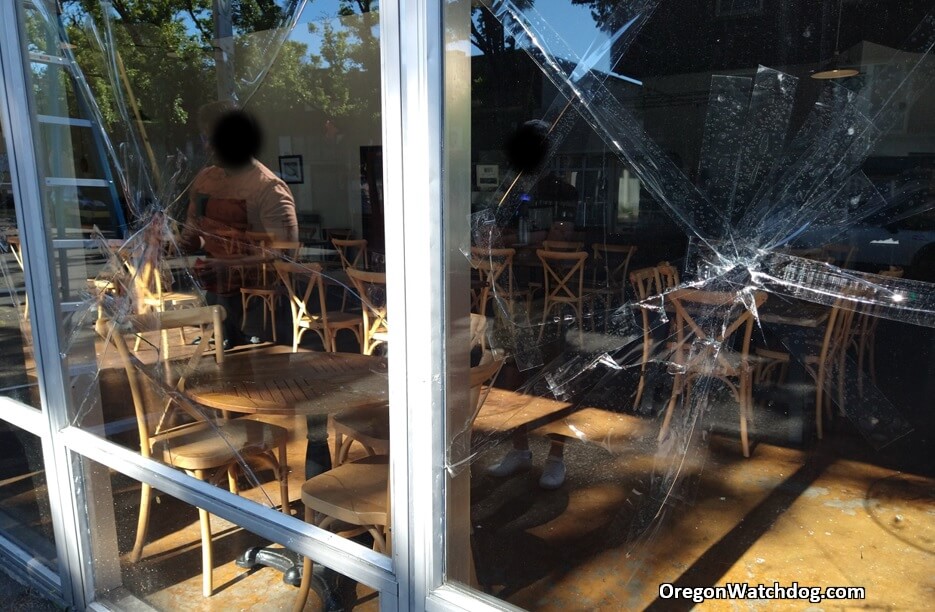 Last weekend, anarchist rioters vandalized several businesses in the Hollywood district in Portland.   One vandalized family owned business (above) was a bakery that was known for serving free bakery goods to seniors as well as providing free food for the local homeless. 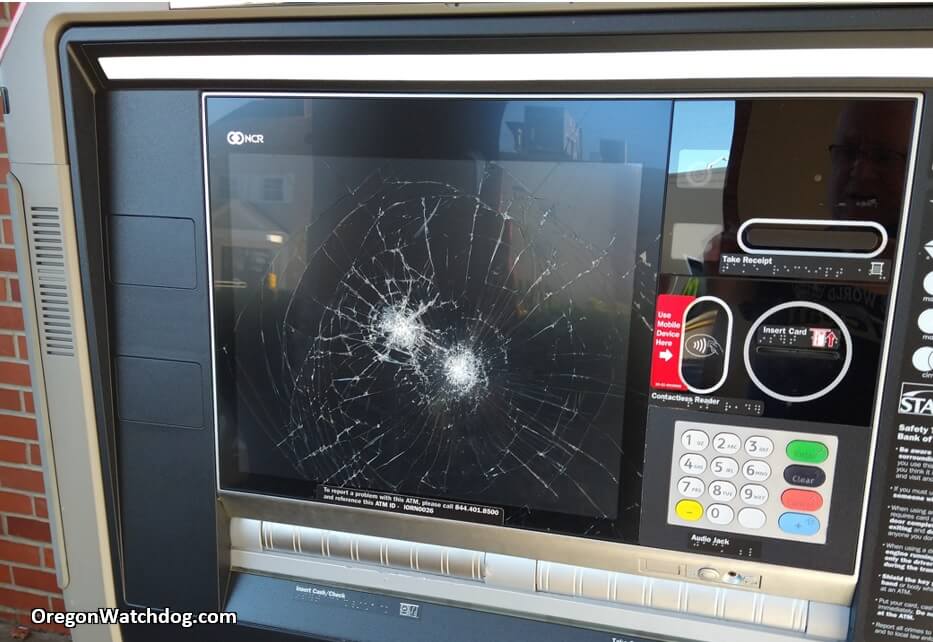 They broke every window out of this local Starbucks.
(from Zane Sparling video) 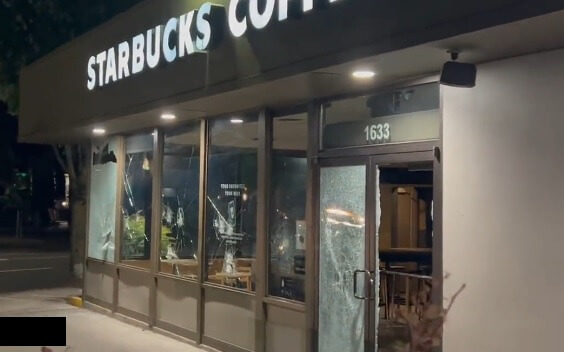 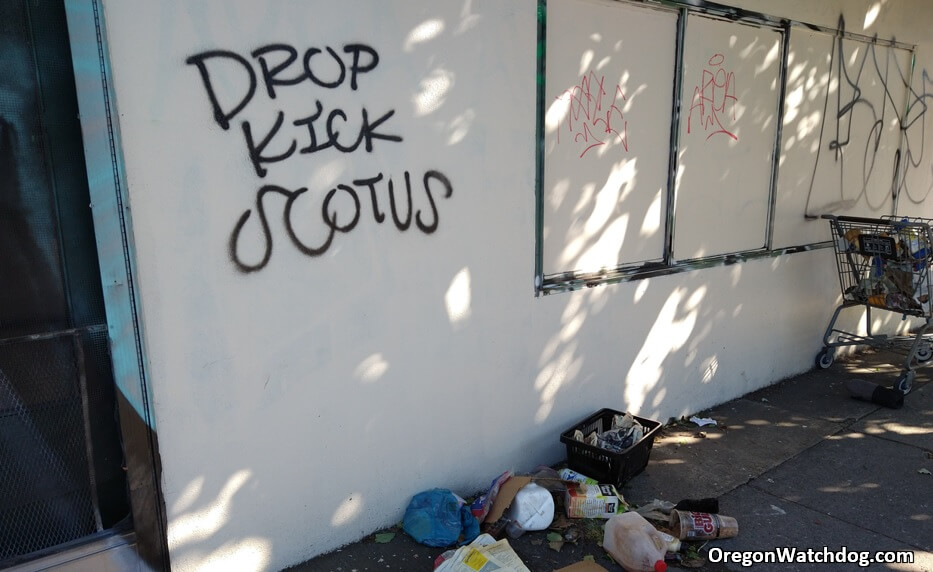 Various threats to kill cops and kill the Supreme Court of the United States were left behind. 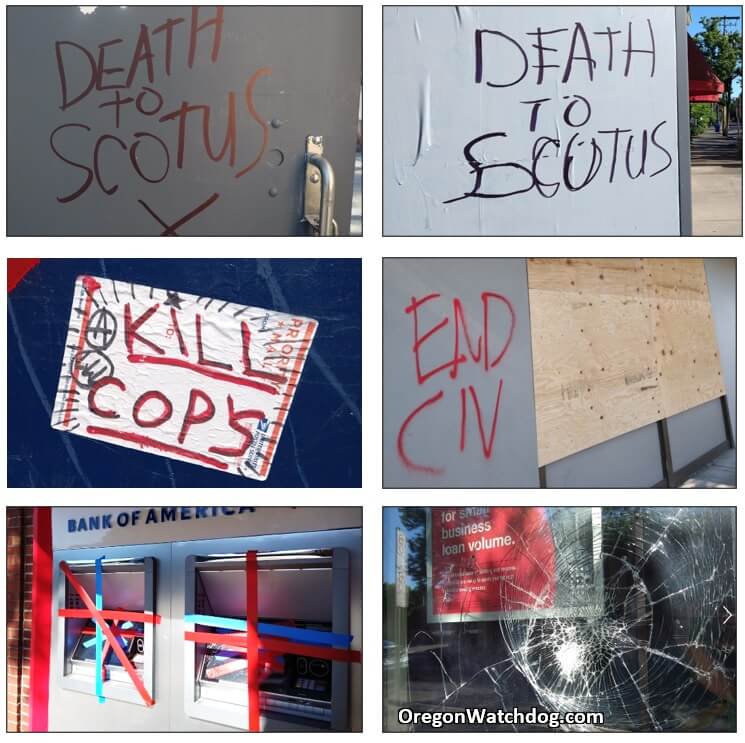