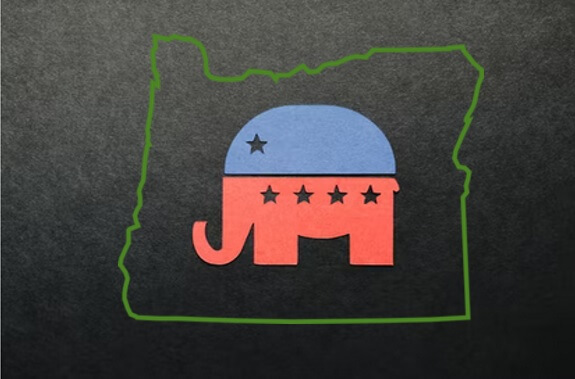 Oregon State Republican Chair Herman Baertschiger Jr. announced yesterday that he is stepping down from Chair of the Oregon Republican Party. This comes only months after the previous Chair, Senator Dallas Heard also stepped down.

As many of you already know I have never intended to be the Chairman of the ORP, however it has been an honor. I ran as Vice-Chair, a supporting role within the leadership of the ORP. With Chair Heard stepping down I ascended to the position of Chairman of the ORP. I knew I had to lead the Party forward uninterrupted in its mission and create as smooth of a transition as possible. I also knew we have several open seats including the Vice-Chair position, all which needed to be filled. I think I have accomplished these things and now need to step away and let these new folks take the reins.

We are so fortunate to have so many wonderful people dedicated to the Republican Party here in Oregon. I am proud of them all and have enjoyed leading them through these times of transition. It is time to pass the torch. I am sure they will do a great job for the party as well as for Oregon. I am not saying good-bye as I will still be involved in making Oregon a better place for us and our families. I am just saying my job in a leadership position has come to an end and I am very happy on what we have accomplished in these last few months. What great people I have met along the way. I look forward in seeing you again as a Republican.

With the words of Liberty and Freedom,