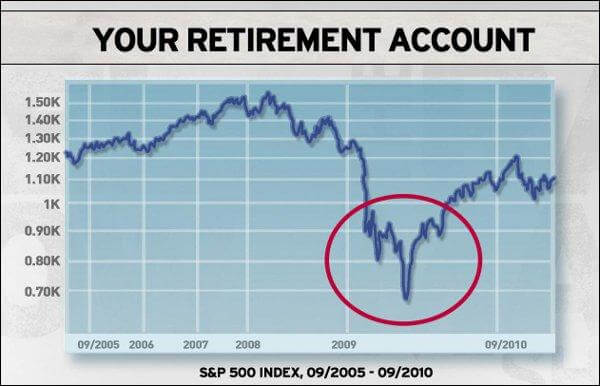 Recently I made a comment on an OregonLive column and was accosted by someone who asked:

“Aren’t you the same guy who said roll all of our Social Security dollars out and let everyone invest on their own? Yeah – how would that have worked over the last couple years?”

While I normally don’t respond to ad hominem attacks, in this case it gave me the opportunity to revisit a topic that we should all be thinking about again. Here’s my response:

It would have worked out rather well, actually. For those interested in more than just sound bites, here’s an explanation from a recent Reason Foundation post:

For one thing, under the privatization plans backed by the Cato Institute and others, retirees and near-retirees wouldn’t have been affected by the 2008 stock-market decline. Only younger workers would have diverted some of their money from government to capital markets. They would have had time to recover (unless government continued to screw up and cripple the private sector).

Second, even with the 2008 decline, the picture is not nearly as bad as Obama implies. Andrew Biggs of the American Enterprise Institute ran the numbers for a hypothetical worker who retired in 2008, right after the market crash, after a career under a partially privatized Social Security program.

“A typical retiree in 2008 would be entitled to a traditional Social Security benefit of around $15,700 per year,” Biggs writes. “For workers who chose personal accounts, this traditional benefit would be reduced by around $7,800. However, the worker’s personal account balance of $161,500 would pay an annual annuity benefit of around $10,100. This $2,300 net benefit increase would raise total Social Security benefits by around 15 percent.”

Biggs adds: “While today’s retiree would have faced the subprime crisis and the tech bubble earlier in the decade, he also would have benefited from the bull markets of the 1980s and 1990s. The average return on his account—4.9 percent above inflation—would more than compensate for a reduced traditional benefit.”