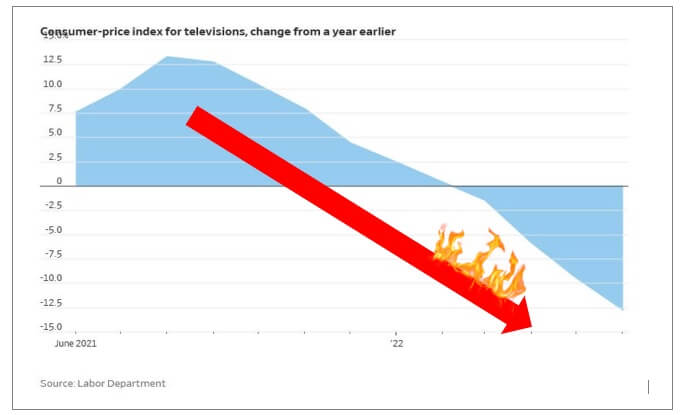 Chart: Price of new TV’s over one year.

Yet, where are the same politicians when businesses are forced to sell products at a loss.

Costco is refusing to raise the price of their hot dog, spanning decades, which means they are losing money.

WSJ reports that TVs and cell-phones are being sold at a loss and steep discounts, “Smartphones and TVs are considerably cheaper than a year ago thanks to aggressive discounting by retailers. Roughly 71% of TVs purchased in the U.S. from January to April of this year were sold at a promotional discount, according to the NPD Group. Last year that figure was 18%. Smartphones are also 20% less expensive.The price drops are a function of declining demand. Many consumers loaded up on TVs, computers and other electronics earlier in the pandemic, and interest in purchasing more of these items has since cooled, said Ben Arnold, consumer technology analyst for the NPD Group. Some mobile carriers are offering favorable device trade-ins and discounts, said Nabila Popal, research director at IDC within its consumer devices team. The trade-in offers from carriers these days, up to $1,000 for even a damaged phone, that make new phones practically free for the consumer,” said Ms. Popal. “I don’t see these kinds of deals anywhere else in the world.” 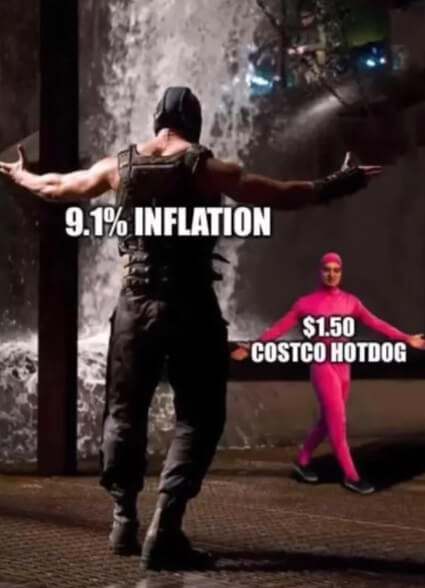