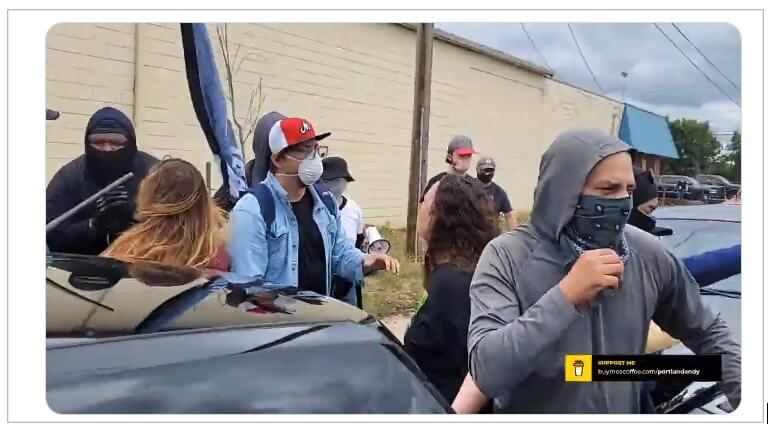 The Post Millennial reports,   “An Antifa direct action broke out in Oregon on Saturday, where members of the far-left violent extremist movement suffered a humiliating defeat after the group was confronted by a group of women and bikers protecting a Salem bar hosting a family barbecue event. The confrontation appears to have now ignited a feud between Antifa and members of various Oregon motorcycle clubs. Antifa had tried to shut down the Honky Tonk bar in Salem, Ore.”

Here is a video from Andy Ngo…

Breaking: #Antifa members including Clifford Eiffler-Rodriguez (in blue top & hat) gathered for a direct action to shut down the Honky Tonk bar in Salem, Ore. but were met by a group of bikers. One of the Antifa begins macing people before retreating. pic.twitter.com/08i6D89Oza