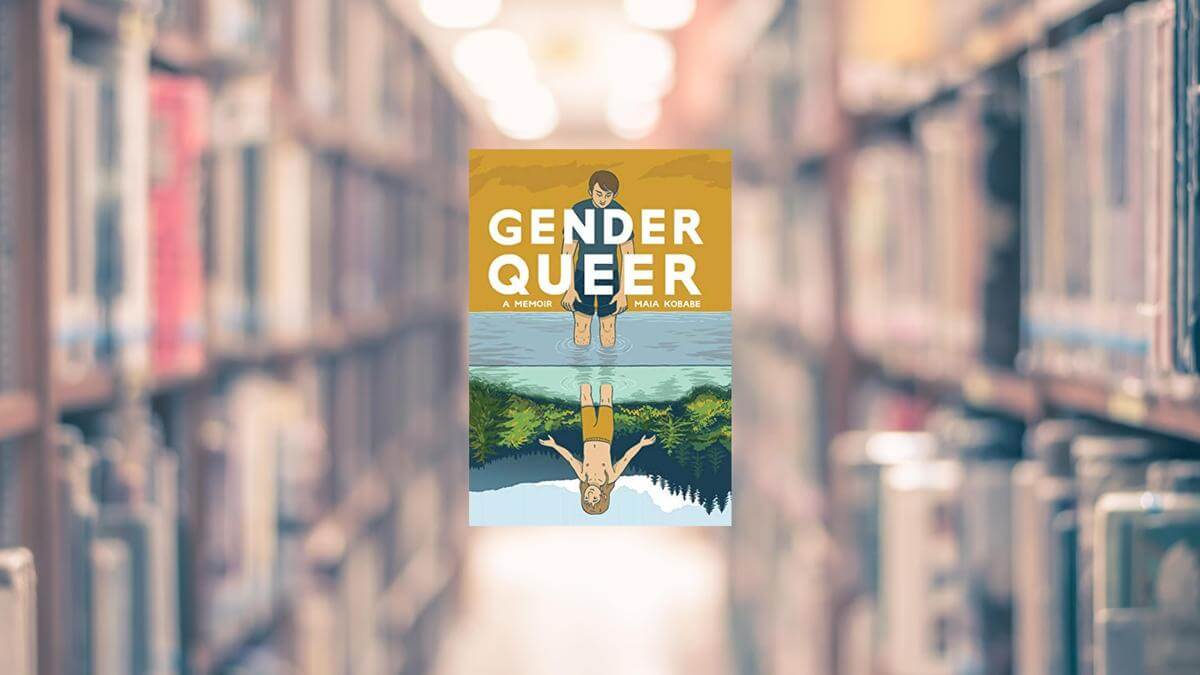 Salem-Keizer We Stand Together‘s formal complaint against their local public school’s inclusion of Maia Kobabe’s 2019 memoir Gender Queer on the shelves of three Salem-area high school libraries was denied by Salem-Keizer’s Library and Instructional Materials Reconsideration Review Committee. This book is a memoir that explores the coming of age of a non-binary youth, a young person that doesn’t feel an attachment to either gender.

Before criticizing We Stand Together’s mistake, I should clarify that, as a parent of two young children that I expect to eventually be Salem-Keizer School District pupils, I generally appreciate the work We Stand Together does. This organization offers a civil voice for parents to push back against progressive policy gone wrong which is sorely needed in a time of progressive excess when too many conservatives offer little more than rage. We Stand Together’s self-description is nicely worded:

Salem Keizer We Stand Together is a grassroots organization striving to educate, equip, encourage, & empower our community to respectfully engage with one voice for parent’s rights, educational transparency, equal opportunity, academic excellence, and school choice for every student.

Our emphasis is on returning public education to a place of excellence that puts kids first. We want to replace identity politics and social activism with critical thinking, personal determination, and objective truth. The perspective taught to children at school is the most important battle we have because children are our future.

So don’t let my identification of this recent mistake detract from the fine other work they do. Everyone makes mistakes.

We Stand Together filed their complaint in May through Mike and Ellie Mallek who have grandchildren at West Salem High School. Their argument contained two basic points, one unreasonable, the other, possibly valid.

The unreasonable argument is that the purpose of the book is “to promote various agendas” (LGBTQ) to “make it more acceptable in the mainstream.” The Malleks then argued: “It implies to the student that this type of behavior is completely acceptable and normal.” They went on to extrapolate: “It could lead to a life of pornography addiction and deviant behavior. It could damage the student’s future self-image and destroy ambitions.”

This line of reasoning failed to distinguish between an indoctrinating curriculum and the presence of a book in the library. If Gender Queer was a required text in a mandatory class, there might be a “there” there, but it is not. Libraries should be full of many kinds of books with many points of view, including those you disagree with.

Is there any empirical basis to believe that a heterosexual lifestyle is less prone to pornography addiction, deviant behavior, damaged self-image, and destroyed ambitions than an LGBTQ lifestyle? I don’t think so.

One should consider the long-term impact on a teenager who has a genuinely innate development that lacks a strong male or female instinct when that teenager also lacks healthy resources to understand and deal with such a condition. A life of forced conformity to be something one is not might lead to pathologies as well.

We’ve all sinned and fallen short of the glory of God. If you want to see off-the-charts pornography addiction, visit the barracks of a U.S. Marine rifle battalion.

While a book that might make a non-binary lifestyle appealing to a high schooler that lacks natural gender development may not cause a higher predilection to consume pornography, the Malleks may have raised a valid point that this graphic novel itself displays explicit sexual images. I considered inserting some into this post for Oregon Catalyst readers to decide and chose not to because they seem too inappropriate for this publication. If you want to see the evidence the Malleks cite, just google the title of the book through an image search and you will see a scene depicting penetrative oral sex.

I don’t know if such images are allowed, even in high school libraries. Would Salem-Keizer allow a graphic novel celebrating the lifestyle of a high school quarterback coming of age that depicts favors he received from cheerleaders? I don’t know, but it would be worth considering the possibility that images of teenagers providing other teenagers with blowjobs might generally cause a graphic novel to be rejected. If that’s the case, perhaps the procurement of this book was a violation of the school’s policy, and a double standard was applied. So on that count, the Malleks may have a valid point.

I can think of another possibility, however. At the high school level, didactic images of oral sex might be appropriate in a sex ed context, such as a “your mouth can’t get pregnant” strategy to lower teenage pregnancy. The context of the famous image spread across the internet of the most challenged book in American libraries is meant to relate the author’s experience that actual oral sex is not as exciting as imagined oral sex. More than anything else, Gender Queer seems to promote masturbation as the ideal solution for non-binary teenagers, which is hardly sexually deviant. That is the most common solution for normal teenage boys that are too shy to ask girls out on a date, let alone “make it to home base” as the old metaphor used to go. For all its controversy, this book seems rather innocent if you take the time to really read it rather than cherry-pick images out of the book’s narrative context.

The Salem Statesman Journal reports that, when asked what books should be allowed in libraries, the Malleks said: “All books containing wholesome family values. It’s not the school system’s job to provide materials relating to deviant sexual behavior.” And that’s the rub. (Please don’t consider that a pun). Deciding what is deviant is a normative choice. If such a decision is what you want schools to do, then progressives can be empowered to ban books that you consider wholesome family values because they have a different view on what is wholesome. What we need is less censorship, not more.

Believing the message in Gender Queer is morally wrong is a legitimate position. The problem is that if you want to oppose progressives forcing their values through public school indoctrination and banning books with conservative voices, imposing your own values in library procurement and thus contributing to cancel culture are counterproductive means toward your ends. The fight for better public schools should be focused on balancing out ideological instruction with a more thorough survey of ideas, returning a greater focus on teaching skills like reasoning, reading, writing, mathematics, and scientific knowledge, and the ultimate of all education policy reform: school choice, so that parents can decide the kind of school that their children attend.

Fight for more choice, not less. I have no problem sending my children to a school that would have Gender Queer on its library bookshelf, and I have no problem with parents choosing to send their children to a school that wouldn’t display that book. What I do have a problem with is parents opposing a book in a public school library because the book clashes with their values. Removing a reading choice for an individual pupil to check out and see what the author has to say does not advance freedom. It just advances cancel culture.