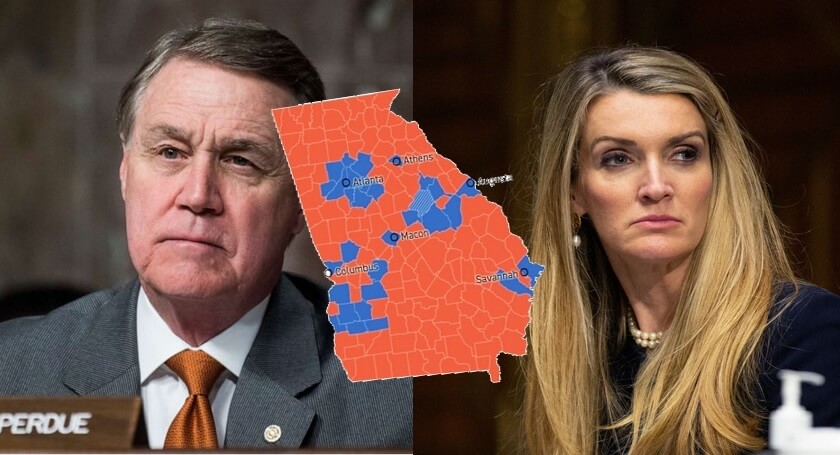 Two sitting incumbent Republican U.S. Senators, Sen. David Perdue and Sen. Kelly Loeffler, were defeated in one of the most consequential elections in recent history as it resulted in one-party rule for both chambers of Congress. The loss could be defined by the fact that blue counties saw increased voter turn-out while red counties saw decreased turn-out from the General elections weeks prior.

Here are five reasons why:

Former Georgia Congressman, Newt Gingrich, explained: “we should acknowledge the remarkable job Democrat Stacey Abrams has done in building a powerful first-class voting machine in Georgia (making herself the most likely next governor). She has spent two full years since losing her own race for governor raising money nationally and building an organization that can turn out the vote on an unprecedented scale…study her and what she has achieved”

#2. All negative, no positive

The campaign ads of Perdue and Loeffler were overwhelmingly negative attack ads which are indeed effective at limiting your opponent’s approval but not enough to boost your own positives if you don’t actually have a positive message. Both candidates expanded their negatives campaigns by including attacks on their own sitting Republican Secretary of State by asking him to resign.  The civil war only further suppressed their own turn-out by their base.

Voter fraud became the central issue late in the campaign. This only gave voters a reasons not to show-up and that showed up in the results. This does not make the issue any less critical in importance, but just demonstrates how it is not a campaign issue.  Imagine if they turned the voter fraud issue into a positive by saying, “Because of the November controversy, we have now have twice as many election monitors as before to make this the most watched and safest election in memory. Your vote will not be stolen but will in fact count more than ever before.”

The other issues both Republican candidates ran on was the promise of $2,000 stimulus checks. As stated, those candidates saw decreased turn-out in their most supportive districts meaning this issue was not effective.

#5. Candidates need to stand for something big and bold.

We are living in an era where voters don’t want the same promises and politics of the previous generations. The rise of Donald Trump and Bernie Sanders (who almost won the 2020 nomination) are signs that the public is seeking big answers to massive institutional, political and cultural problems our country is facing. Right now is ripe for a Contract with America or Reagan Revolution moment based on big ideas.   This is a critical part of effective Get-Out-The-Vote efforts.