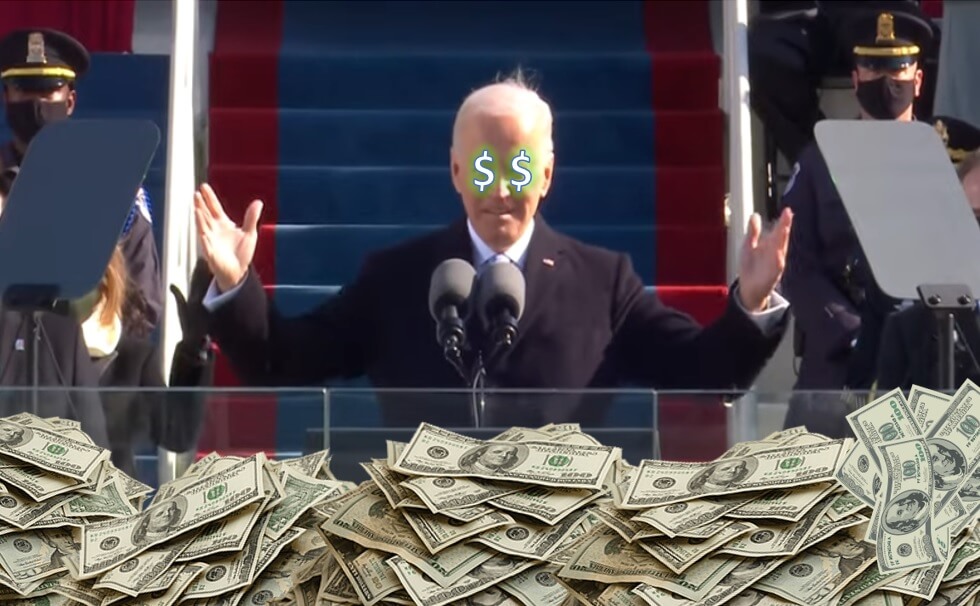 President Joe Biden makes one promise over and over: “Anybody making less than $400,000 a year will not pay a single penny in (extra) taxes.” that’s a quote

Biden promises he’ll tax the rich to pay for his plans.

Fast forward to this week, what do we find?

You see, Biden’s “Build Back Better” comes with a two trillion plus price tag.

Gotta pay for it somehow, so Joe needs new taxes.

The Heritage foundation finds more than half the cost gets paid by those who make less than 200-thousand dollars a year.

And, more than a quarter of it comes from the pockets of those making less than 75-thousand dollars a year. I’m guessing that’s a lot of you listening right now.

As for the rich? Well, Joe needs to get this thing past a congress with a squeaky tight democrat majority.

So he had to make more promises to folks like Senators Manchin, Schumer and Sinema.

So, the big hike on capital gains, the billionaire tax, and a surtax on rich households?

We found out yesterday, all that got tossed out.

In all fairness, Americans had fair warning. Joe Biden never hesitated over his half century in office to lie when he needs to, to get what he wants.

Voters who believed his lies are the real chumps. And if you don’t start telling your reps not to pass tax travesty, you’re gonna get the bill next April 15th