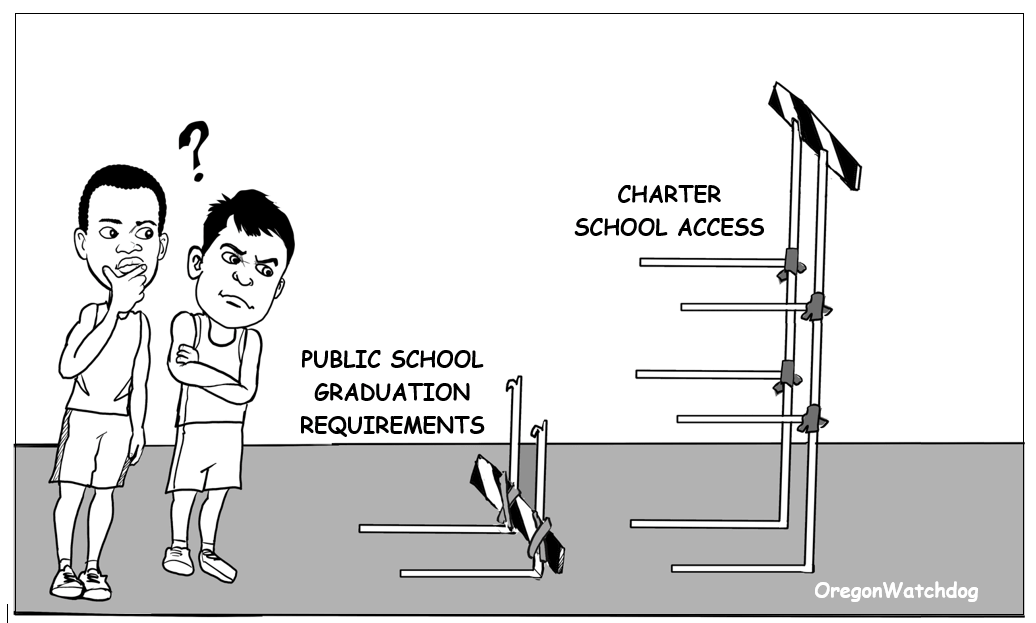 Having failed to move Oregon beyond the worst graduation rate states in America, The Oregon Department of Education has recommended permanently lowering graduation standards to make it easier to graduate (even though American schools have some of the weakest, easiest graduation requirements.)

The Education Dept. wants to remove the rule requiring mastery of reading, writing and math. By lowering these standards, it handicaps Oregon students when they enter college because they often have waste expensive courses taking catch-up classes.

As a result, parents are fleeing Oregon schools. Oregon had the 4th highest charter school influx in the nation. But there is a government cap on charter schools attendance set by politicians to make sure they never grow beyond 3% of total school population.  Certain restrictions kick in after 3%.  So even though charter schools save taxpayer dollars and have a better success record, politicians block them to appease the government teachers’ union.

While Portland parents parents were fighting to open up schools, the local teachers’ union was busy fighting for a four day work week. Despite paying Oregon teachers way above the average Oregonian salary, above the national average salary for teachers… in fact.. in the top 12 most expensive teacher salaries in the nation, our graduation rates rank among the worst for nearly a decade.