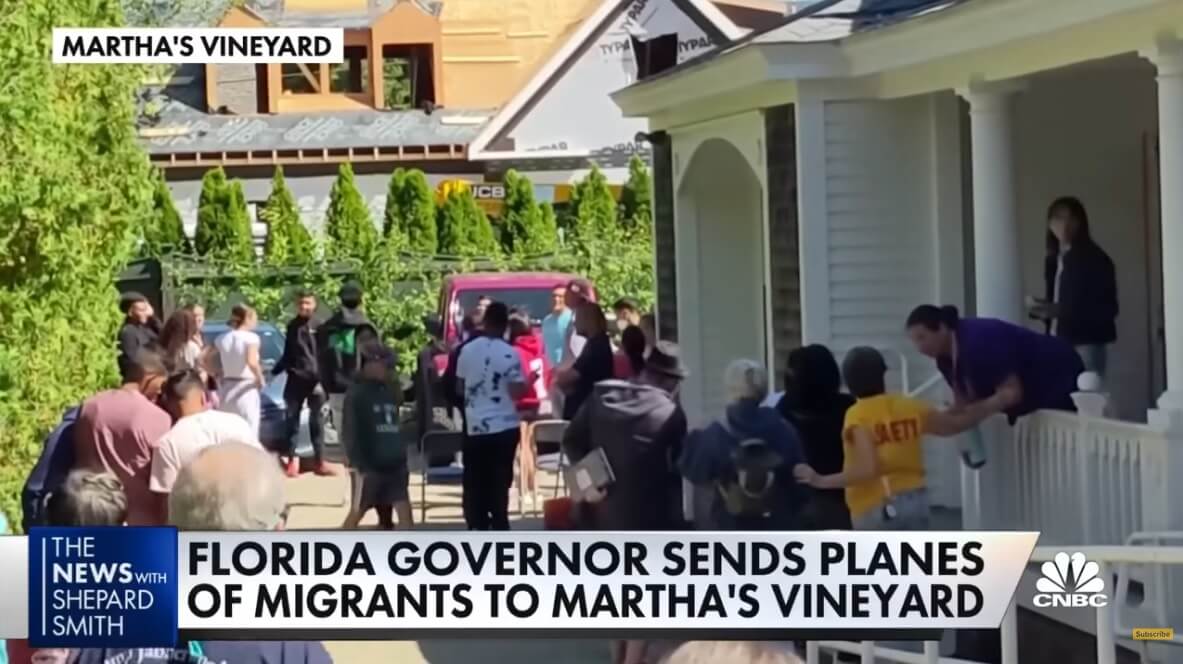 Have you noticed that when powerful people make bad decisions, few of those problems actually fall on the powerful themselves?

This week, the elite and wealthy community of Martha’s Vineyard got a shocking slap of reality.

A sign welcomes visitors to the island saying “All are welcome here. We stand with immigrants”.

Well, at least they DID until 50 illegal aliens arrived on a plane this week, sent there by Florida Governor Ron DeSantis, whose state has been overrun by some of the literally millions of illegals who have flooded into America at the invitation of President Joe Biden.

I’ll bet most of Martha’s Vineyard voted for Joe. They’re rich, liberal democrats who love the IDEA of illegal aliens coming…as long as they come to someone else’s town.

Now, the Vineyard has declared “a humanitarian crisis”…saying it lacks the resources to provide food and housing?

A place where the AVERAGE house price hit 1.3 million bucks?

Some Texas towns have seen more than 5-thousand arrive every month.

Liberals…if they didn’t have double standards, they’d have no standards at all.