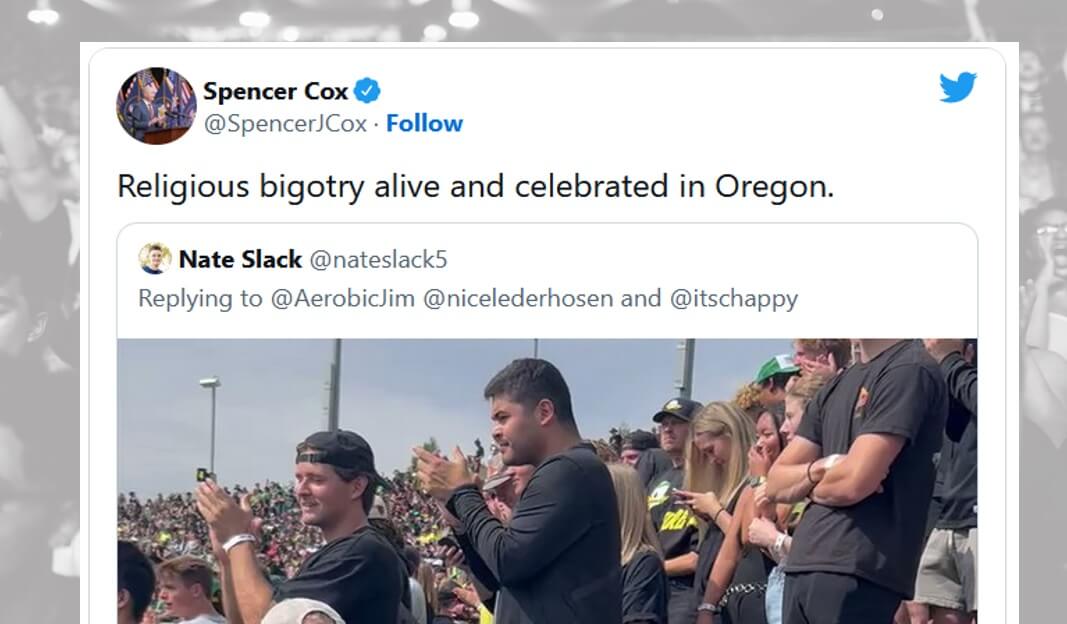 The Governor of Utah retweeted this video clip of University of Oregon Duck fans using obscene chants targeting Mormons at the BYU game.

Fox News jumped in on the event and made it about media bias saying, “Although Oregon was quick to respond after videos emerged, mainstream media largely ignored the incident as well as the university’s apology. MSNBC and CNN had no reports on the event, though NBC reported on the story on Sunday afternoon….The New York Times and the Washington Post also have been silent on the story as well, even though the Washington Post reported on the game on Thursday.”