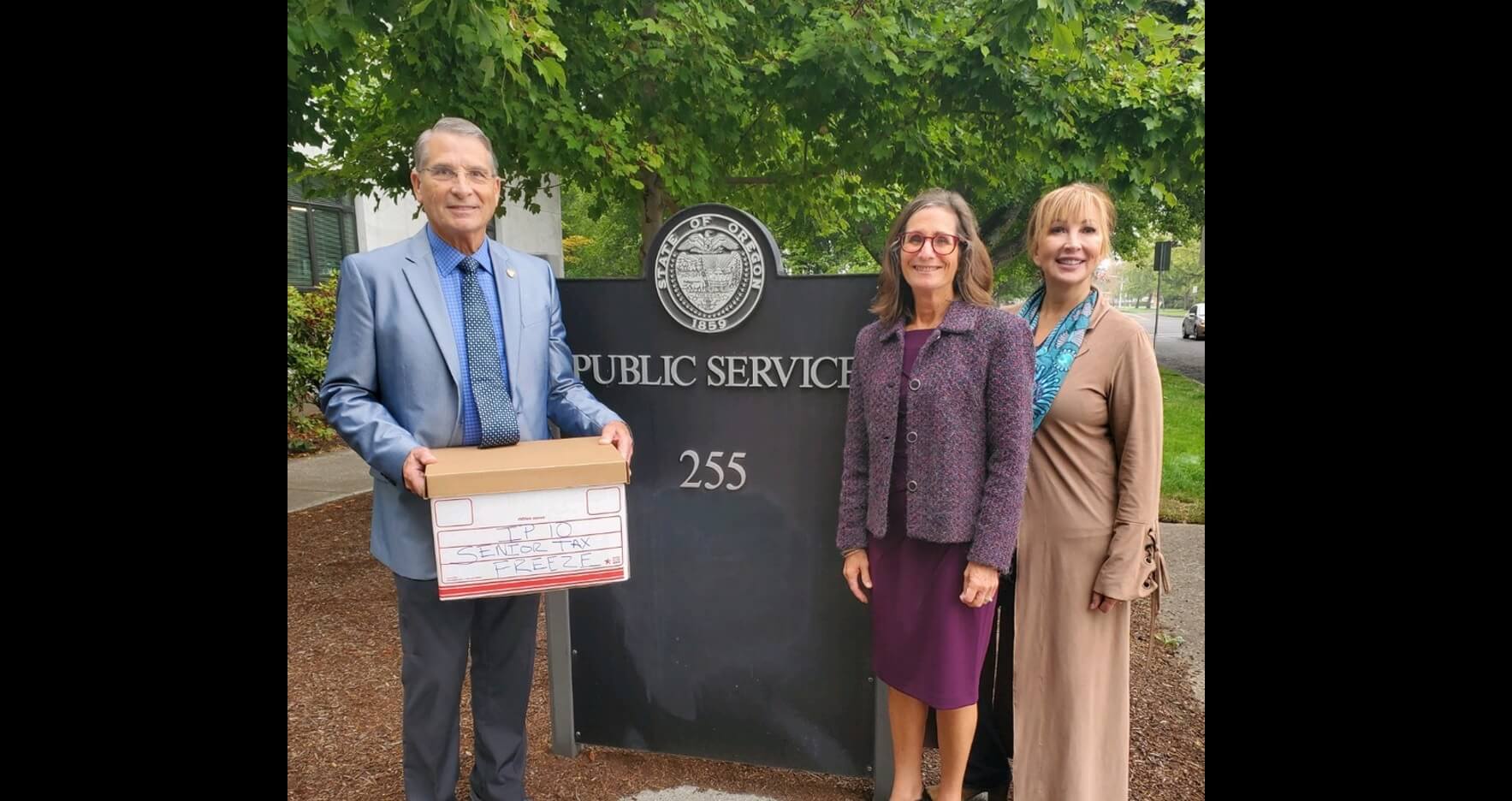 Initiative Petition 10 (2024) would freeze the assessed property values for the primary residence of a senior homeowner in the tax year in which the homeowner reaches age 65.

Initiative Petition 10, sponsored by the Committee to Pass the Senior Property Tax Freeze Act, would provide a freeze of a property’s tax-assessed value on a primary residence in the tax year in which a senior homeowner reaches age 65.  Oregon consistently ranks as one of the most expensive states in the nation for seniors to retire, given the high cost of housing and the fact that Oregon taxes senior retirement and pension incomes.

“Today is an important first step to bringing housing stability to seniors, particularly for those on fixed incomes,” said Senator Thatcher. “By turning in qualifying signatures, we start the ball rolling to get the ballot title for IP10 and we ensure we have enough time to get this to the ballot for 2024.”

Senator Kennemer said that the initiative is an idea that is overdue. “Seventeen states already provide property tax relief to seniors, and with inflation it will keep people aging in place at home,” he said. “Senior property tax relief isn’t a partisan issue, both ‘red’ and ‘blue’ states have enacted it and have made the commitment to protect seniors. I am eager to see Oregon join as the 18th state on this path to senior security.”

The initial signature turn-in will trigger a ballot title process whereby Oregon Attorney General Ellen Rosenblum will have 10 days to return to the Elections Division a draft title.  Members of the public will have an opportunity to weigh in with comments.  At the end of the ballot titling process, which is expected to last through the end of 2022, petitioners will get a certified title they can start circulating next year. The number of signatures required will hinge on the turnout of the 2022 gubernatorial election.  A constitutional measure requires eight percent of the electors who cast a ballot for the office of Governor to sign the petition.

“We’re expecting high voter turnout this year with a three-way race for Governor, so we expect we’ll need 150,000 signatures or more to get this on the ballot, but we’re confident with a 2023 signature gathering launch, we’ll get this to voters for 2024,” Representative Moore-Green said. “What we’ve learned from the first phase is that people are ready for this, and not just seniors.  It was amazing how many twenty and thirty-something voters are ready to step in to help their parents and grandparents.  They understand the need.”

Rep. Cedric Hayden, the Committee’s PAC director, says that they have drafted a parallel measure for the 2023 legislative session.  “The reality is, we shouldn’t be asking 80 and 90-year old voters to pass a clipboard around to try and save their homes. We had a chance to refer this in 2019 and legislators wouldn’t move the bill, even though we knew nearly 80% of Oregon voters will support this,” stated Hayden.  “But I know a thing or two about standing at the DMV with a clipboard to gather signatures, so I’m committed to making this happen.”

The petitioners expressed their gratitude to the people who signed the Phase I petitions and contributed to the PAC to get through the first step of the campaign.

“When you get hand-written notes with a $10 contribution saying it’s all someone can afford to do because they can’t afford their property taxes, we know this is the right thing to do and we’re on the right track.  We look forward to giving voters a chance to vote on this important issue,” Thatcher said. A FAQ on the ballot measure is included below.