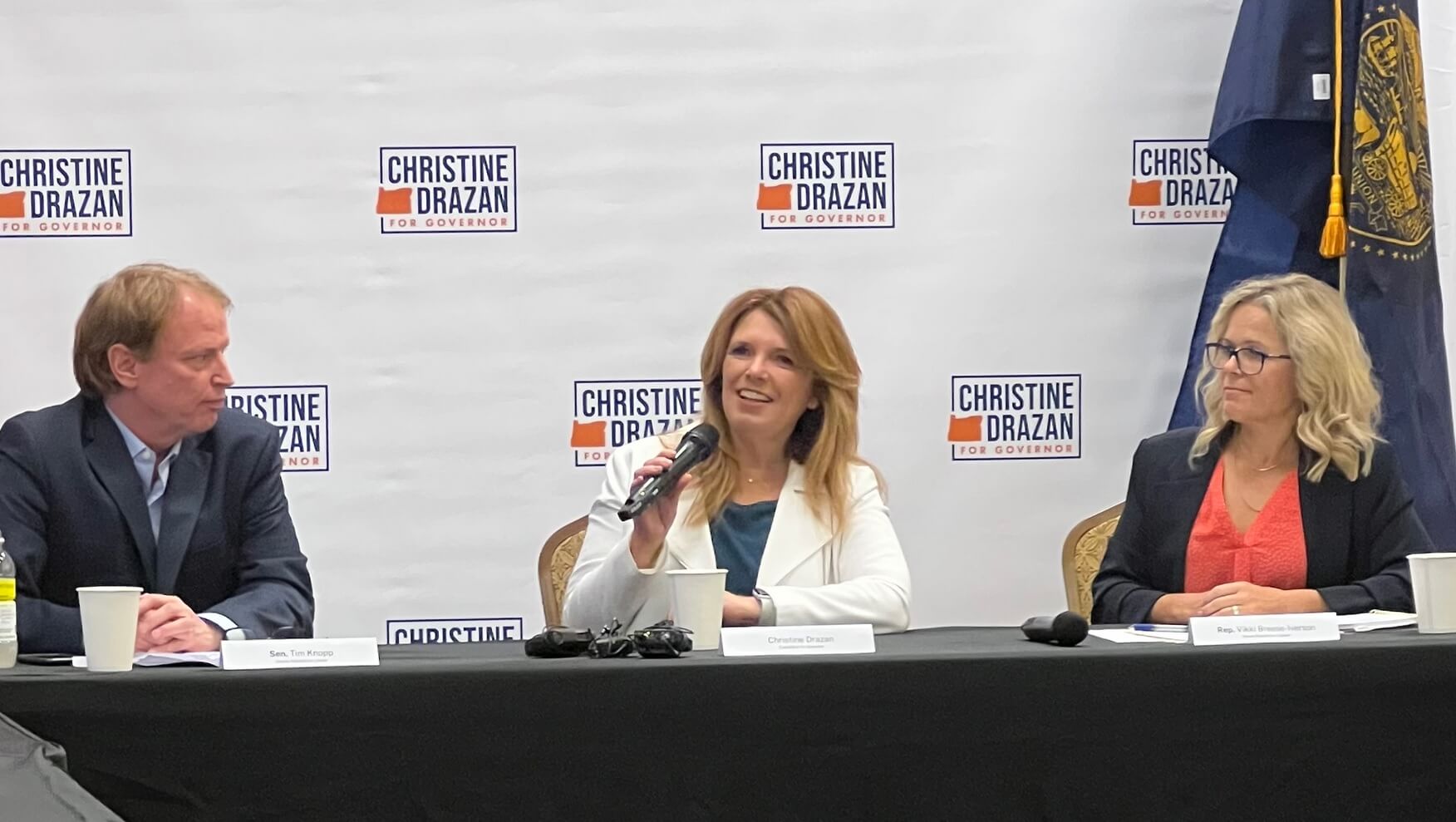 House Republican Leader Vikki Breese-Iverson: “Democrats have had one party control of Oregon and have failed to put a stop to the crime and homelessness problems. The problems that were once isolated to downtown Portland are now creeping into neighboring towns including Gresham, Milwaukie, Canby, Troutdale, Gladstone and beyond. Small business owners are being impacted and families no longer feel safe.”

Under Gov. Kate Brown and Democrat leadership in the legislature, crime in Oregon has gone unchecked. Between 2019 and 2021, the homicide rate in Portland increased by 207%. Portland is on pace to near or surpass 2021′s record 92 killings and record 1,327 shootings. Last year, more than 10,000 cars were stolen in downtown Portland.

Despite massive spending to solve the problem, homelessness continues to spread across the Portland metro area. A recent poll by The Oregonian, found that 94% of Portland area voters describe homelessness as a “very big problem.”

Measure 110, championed by the Democrats, has caused a full-blown drug crisis in our state. Sen. Tim Knopp: “Oregonians are fed up and are aware by now that these issues are not being solved by the Democrat leaders in our state. With a super majority in the state legislature, Democrats have supported and cheered the passage of measures like 110, effectively legalizing meth, heroin, oxycodone and other hard drugs.”

This year, we have fewer police officers in Portland than any time in the past 30 years. It’s time to invest in law enforcement, crime prevention and proper training to support our local police.

Breese-Iverson: “Our plan will improve public safety for all communities. We will fight to end lawlessness in Oregon. We will re-criminalize hard drugs and ensure those who commit crimes are held accountable. With Christine Drazan as our governor, we will prevent the release of violent criminals back onto our streets. And we will ensure our law enforcement has the support, resources, and training necessary to keep our communities safe and livable.”

Oregonians deserve a comprehensive plan to fix the homeless, crime and drug crises to keep our neighborhoods safe and free of crime. Republican leaders across the state are already working together to solve these issues. As Republican gubernatorial candidate, Christine Drazan said “Elections have consequences. And people want change.”