After Hurricane Ian struck Florida, there was traditional media criticism of Florida Governor Ron DeSantis and how he handled the response. Some said the Governor quarreled too much with local officials while others said he waited too long to alert people.   yet, everything we observe from the incident seems to point a success story.

We were in Florida during late October for an already scheduled conference and decided to take time to see for ourselves the state of the recovery efforts.  We drove to the disaster zone, met with disaster relief organizations and interviewed as many ordinary people as possible on how they themselves felt about the government response.

For starters, the repaired Sanibel bridge was a marvel for government performance!

The Sanibel bridge was busted in five different places. 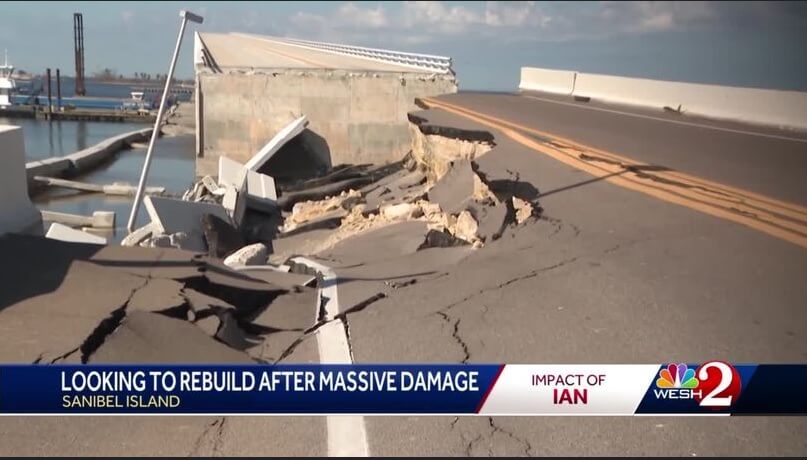 Some estimates said it would take months to repair.   Yet it was finished in less than three weeks from the day the hurricane landed to having it back up again.

Florida was nearly two weeks ahead of schedule.

While they finished the Sanibel bridge they also had time to repair the nearby Pine Island Bridge in 3 actual days of repair work.

The people we talked to overwhelmingly had positive reviews of DeSantis’ performance. The only criticism we heard was that some people waited until the last minute to leave even though the State properly warned them many times by daily text alerts.

One disaster relief charity we spoke with explained how Florida’s response was among the better responses from the disasters zones they have worked in. To them, Governor DeSantis’ team worked hard to give private disaster relief organizations access to go where they needed to help people.  The Governor led site Volunteer Florida is a model site for public and private charity partnerships in disaster relief (look at their volunteer page).

Our conclusion from our very basic and simple on-site survey, revealed that Florida did a superb job at handling the disaster.  It is unfortunate that the media wasted time criticizing DeSantis when they could have showcased his effort, because other states need to see successful examples to learn from.