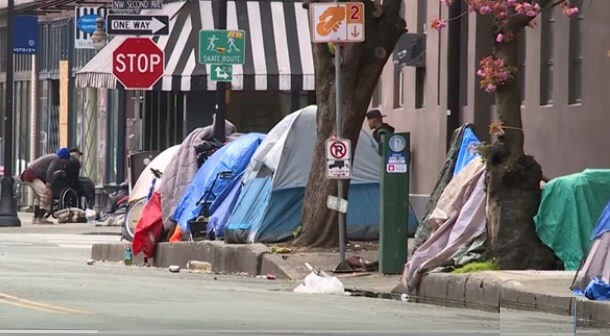 When another CEO threatened to leave the city for the suburbs because of homeless encampments, Portland Mayor Ted Wheeler jumped into action, offering to meet with Jason Bolt of Revant Optics to see what can be done to keep his growing company in the Central Eastside Industrial District, according to the Portland Business Journal. Wheeler’s offer following discussion of a proposed Portland City Council ban on homeless camping occurred after Bolt described concerns for the safety of his employees as, for six months, they have faced burglaries and vandalism of vehicles and walked in busy streets to avoid sidewalks littered with trash, needles, and tents. Bolt said if he leaves, other businesses will follow. Columbia Sportswear Co. is moving its Sorel headquarters to Washington County early next year. The council approved the controversial ban on homeless encampments.