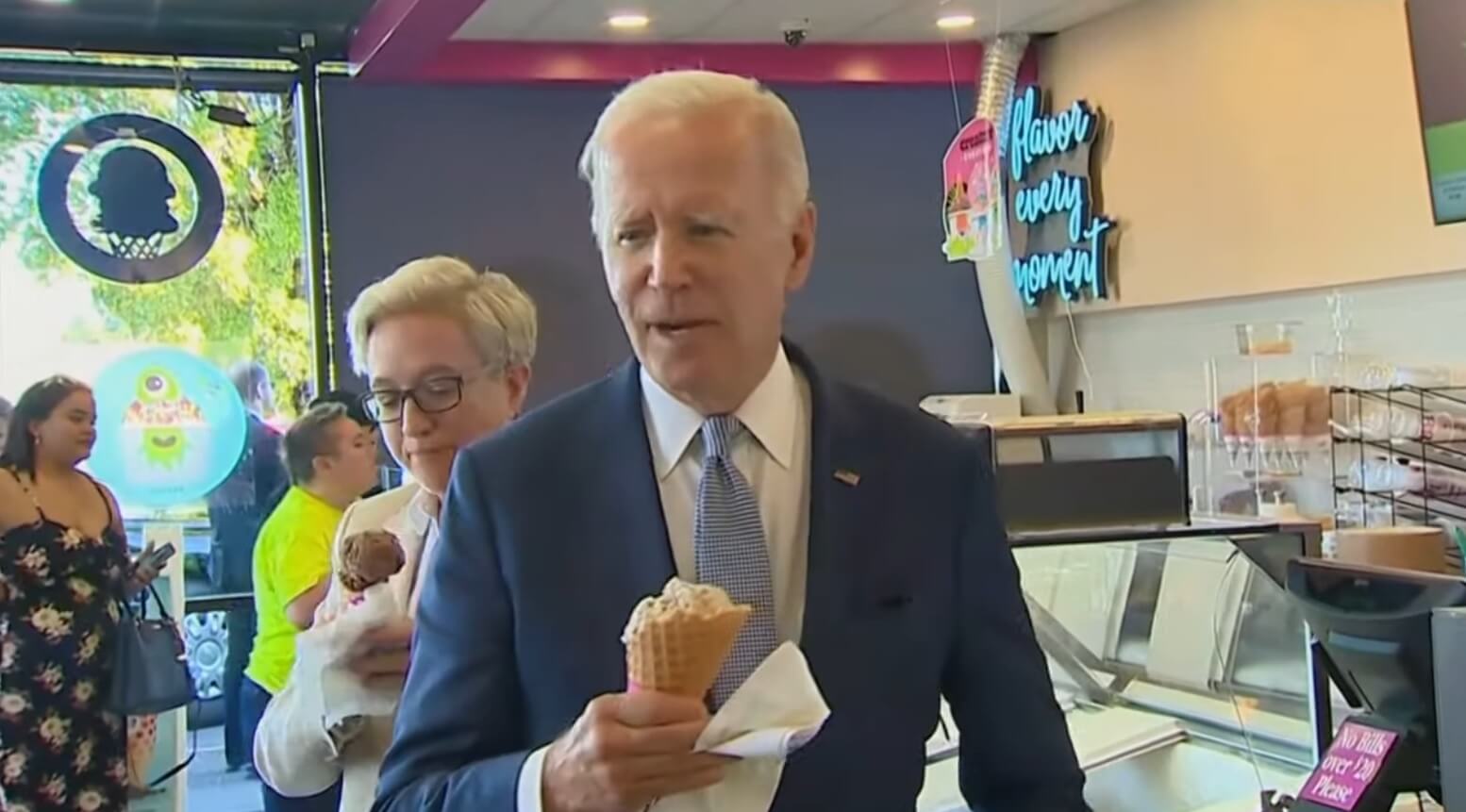 President Joe Biden put on his Twitter page a Tweet asking other states to follow Oregon’s example to pardon 45,000 past marijuana convictions on the state level. 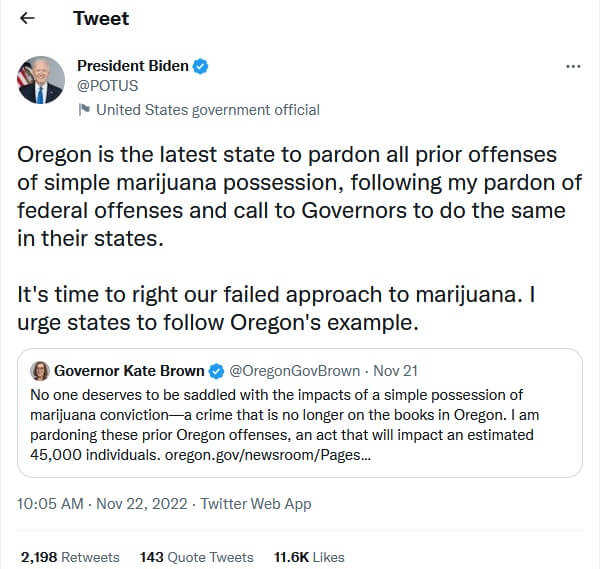 This is what Governor Brown did this week, “Oregon Governor Kate Brown announced that she is pardoning 45,000 people who have faced past convictions of marijuana. This also includes $14 million in unpaid fines and fees. This follows President Biden’s pardon plan for Federal cases of marijuana possession.  The pardon would apply only to convictions of 1 ounce of less of marijuana,no other crimes were committed and the person was 21 or over.Governors from other states, Colorado, Nevada, Illinois, Pennsylvania and Washington are also considering the same pardon.  The Governor of Texas has rejected the idea.”