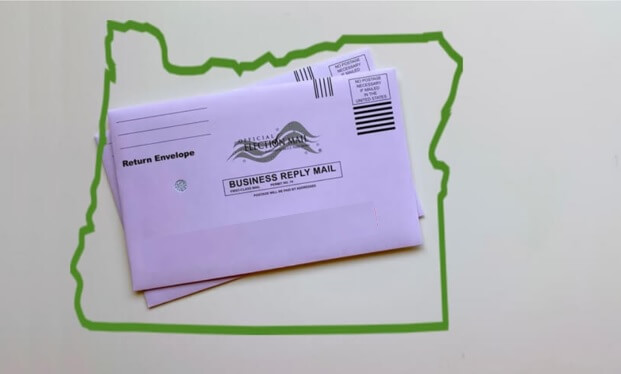 Deborah Scroggin, the Oregon Elections Director submitted her resignation letter. She says in her letter, “I am writing to inform you that I am tendering my resignation as Director of the Oregon Elections Division effective January 20, 2023 I want to thank you for the opportunity to serve Oregonians in this position. After careful consideration, I have decided to seek other opportunities outside the Secretary of State’s office. We are at an extraordinarily challenging time for elections officials. Mis and disinformation have made the work of administering elections extremely challenging. Increasing complexity and funding uncertainty has stretched the state and counties thin. These challenges make the work we do all the more important.”

Her resignation letter did not provide much details.  We can only speculate.  This may have to do with the backlog of election complaints.  This may also be related to another news story in The Oregonian from last September, “The Oregon Secretary of State’s office received more than 200 records requests in July and August, more than triple the usual amount, said Ben Morris, a spokesperson for the office. Some county election clerks report they also have been hit with a barrage of records requests.Most of the requests to the state elections office sought information about ballot-counting machines used in local elections, Morris said.”   Some of these public records requests involve obtaining emails of election officials.   This would apply to the just resigned Elections Director.

KATU notes the Secretary of State, “She requested funding for four full-time elections division positions, including two to investigate elections complaints. Currently, only one full-time staffer works on elections complaints, though two other staffers help as time permits.There have been over 300 complaints this year alone, and it takes an average of four months to resolve each one, Fagan said.”

There will likely be more new information forthcoming.