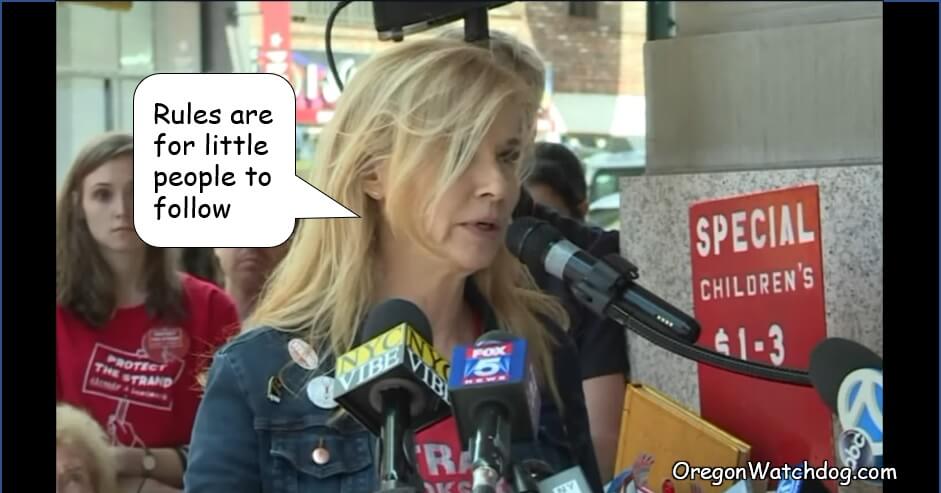 Senator Ron Wyden’s wife: Nancy Wyden took out $2.7 million in Emergency PPP loans, which are specifically designed to fund payroll to prevent layoffs during the pandemic.  Nancy runs a huge bookstore in New York.  Nancy laid off hundreds of her employees anyway and kept the money.  The Biden administration decided to provide her a special exemption although many small businesses were forced to repay the loans under similar circumstances.

Nancy has also been criticized for stocking up on tech stocks just as Wyden was pushing a bill to award a near half-trillion in government funds to tech companies. Read US Sen. Ron Wyden boosts chipmakers while his wife buys their shares.