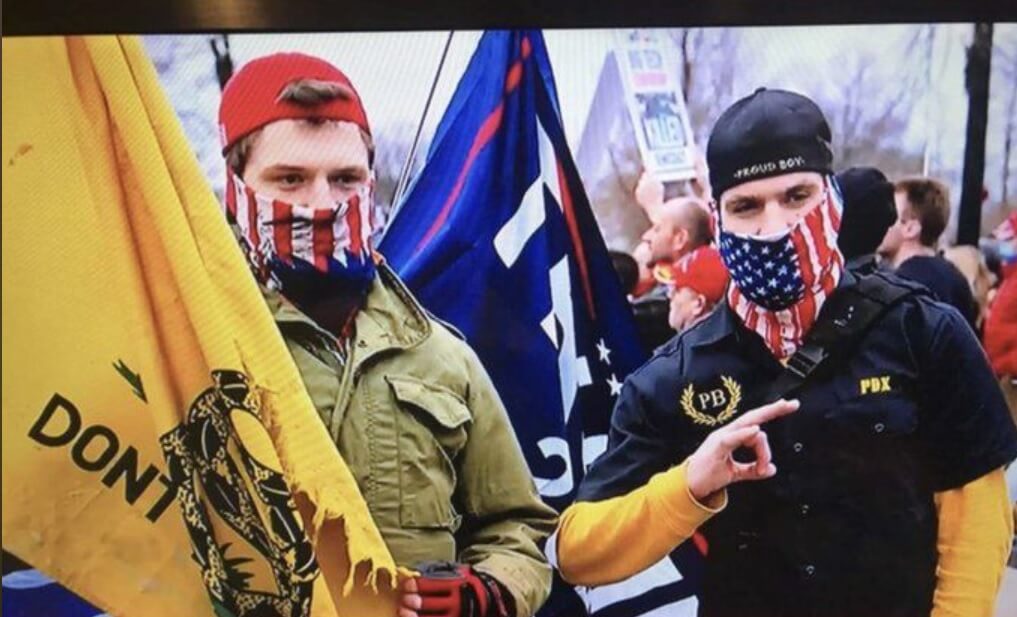 Washington DC Riot Disclaimer: Of the Jan 6th Washington DC rally, 99.999% of the people attending were peaceful, yet some agitators began attacking police (nearly 2-miles away from the rally site) at the Capitol even before President Trump began speaking.   As a Wall Street Journal investigation video shows, the first person to charge a police barricade that day was a Proud Boy member, the first people to actually break in and enter the Capitol were Proud Boys members, and at the start of every major breach of the Capitol from different areas were Proud Boys members.  This article below is about two local Proud Boy brothers who have been arrested for that DC riot.

OPB reports, the two brothers are being charged with conspiracy, obstruction of an official proceeding, obstruction of law enforcement during a civil disorder, destruction of government property, entering a restricted building, and disorderly conduct.  Court documents show the brothers assisting others in scaling the Capitol wall to enter the Capitol.  It states they, “The defendants joined together to wrench open a secure door on the Capitol’s north side. Behind that door, law enforcement officers tasked with protecting the Capitol and its inhabitants prepared to fend off yet another wave of attacks from the unruly crowd… [they] interfered with law enforcement’s efforts to secure the building…That they did so as part of a second or third wave of attacks — with knowledge of the mayhem that had already unfolded at the Capitol.”

These Oregon brothers have a history of altercations with police over Oregon political protests: 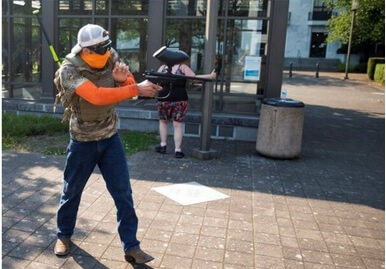 Jonathanpeter A. Klein, photographed above firing a paintball gun at a September 6th rally at the Oregon State Capitol.   OPB states at that rally “Jonathanpeter Klein was recorded by multiple OPB reporters as he appeared to chase a Black Lives Matter protester.” 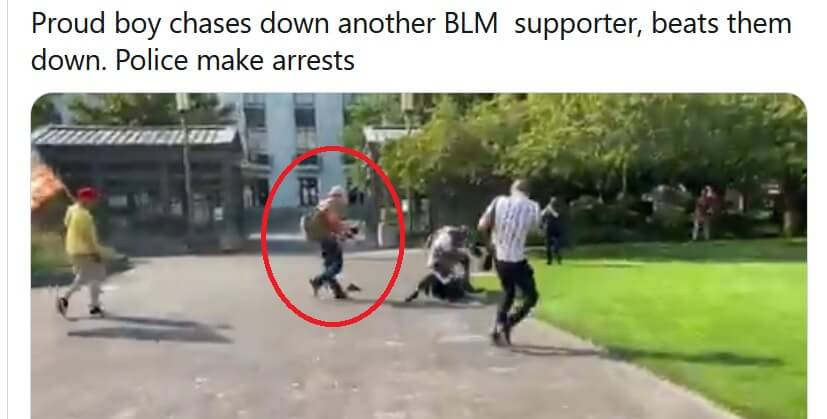 This video shows a different chase scene by others at the same day that demonstrate how violent the event was.

The other brother had a run in with police at a different Oregon rally. 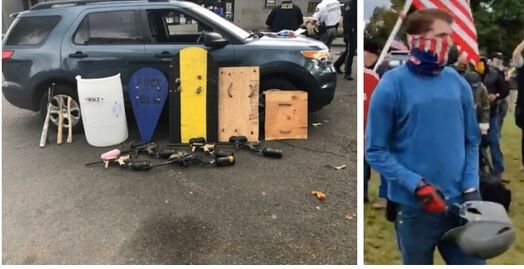 Matthew L. Klein was stopped by police at a September 26th Proud Boy rally in Portland’s Delta Park with the above weapons found inside.   Klein was found with a loaded 9mm handgun and cited for unlawful possession of a firearm in a public place.

— Just like we recently stated for falsely charged Commissioner Jo Ann hardesty, these brothers are innocent until proven guilty.

— The Taxpayers Association chronicles political violence by all political sides.  You can see our 8-month series on the anarchists Portland riots here.