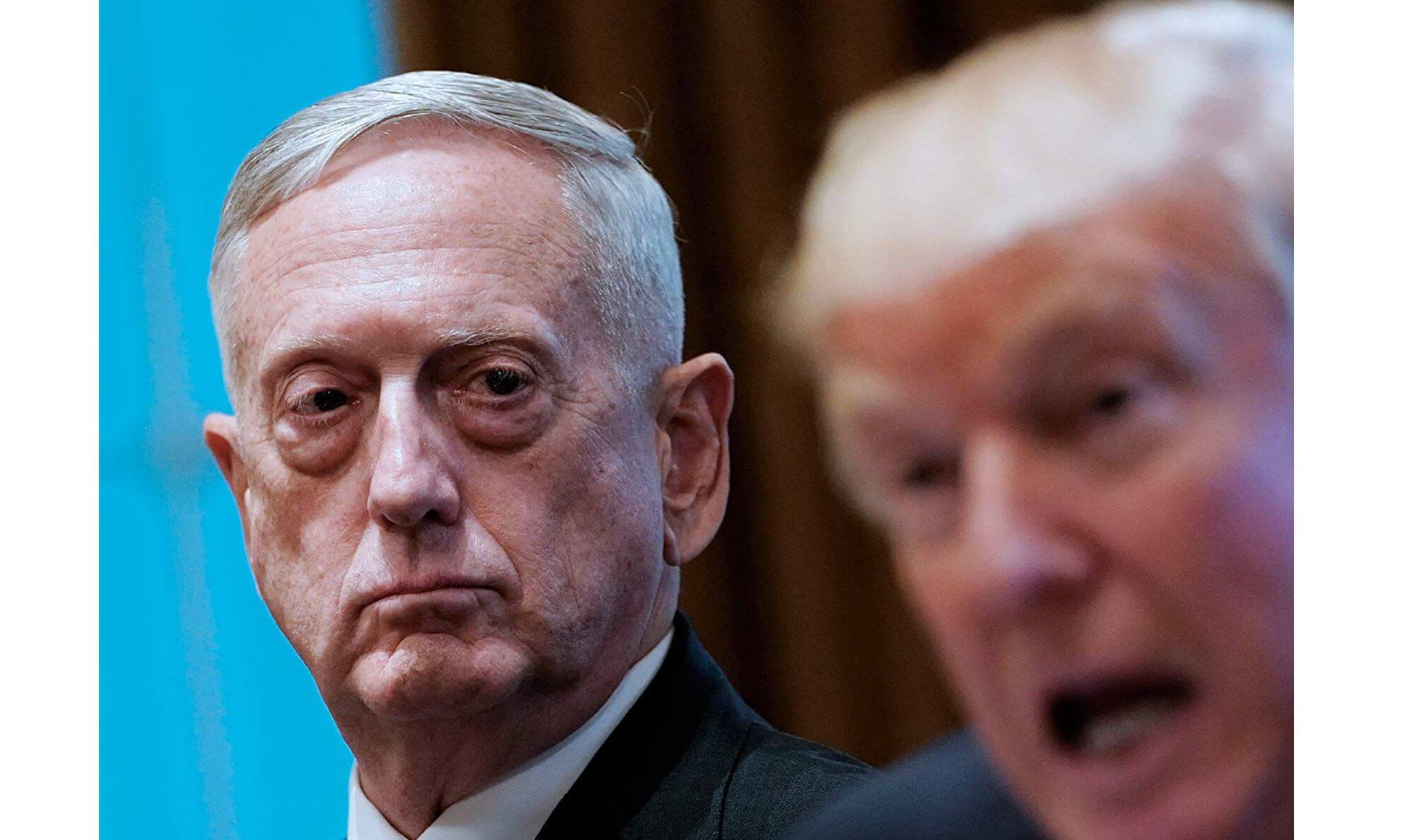 Not since Lewis B. Puller has the Marine Corps accumulated such devotion to a general as James N. Mattis. When he writes his memoir, it will be a great read. In the meantime, all we have is the account of Commander Guy M. Snodgrass, his communications officer at the Pentagon, Holding the Line.

The other is that President Trump’s wistful decision to follow Turkish President Recep Tayyip Erdoğan’s request to withdraw from Syria was not a sudden development that caused Mattis to resign.

Secretary of Defense James Norman Mattis exited the West Wing, climbing into the lead vehicle of his motorcade to speed back to the Pentagon. He would not be coming back.

He’d had enough. He was done.

His resignation—and its blunt manner—launched shock waves through a town that by now seemed impervious to the seismic blasts regularly exploding throughout the Trump administration.

Officially, Mattis had gone to the Oval Office to reverse the president’s tweet-born announcement of a precipitous troop pull-out from Syria. He failed, and when that happened, he informed Trump he was leaving.

But that wasn’t the whole truth. There’s precious little whole truth in Washington. Mattis’s outrage over Syria, while real, was only a pretext to announce a decision he had made months before to cut his losses and move on.

And why not? To survive in Washington, you need alliances. One by one, what administration allies Mattis once had vanished into the night: Secretary of State Rex Tillerson, National Security Adviser H. R. McMaster, and now Trump’s chief of staff, John Kelly, had one foot out the door.

I look forward to the eventual Mattis memoir.