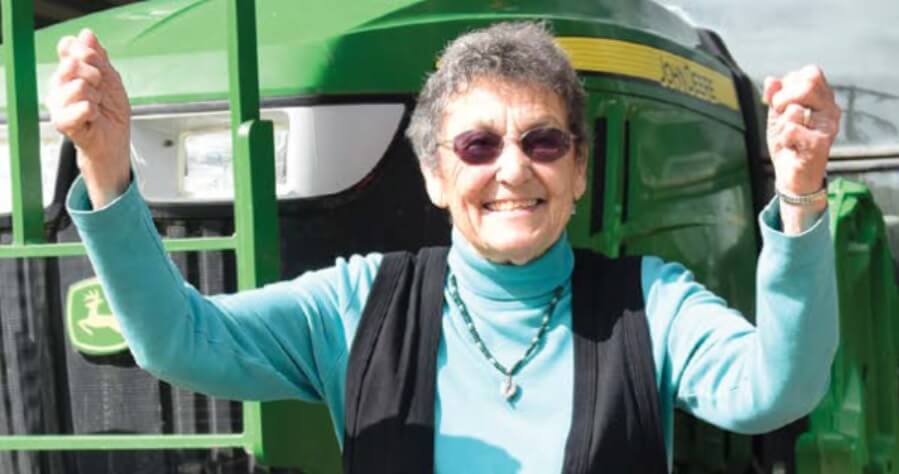 Former State Representative Liz VanLeeuwen passed away this month.  She was always a great vote for low taxes and protecting liberty.

“In the 1960s she was instrumental in starting the foreign student host program at OSU and was involved there for about 15 years. Which included hosting an annual picnic for students and host families on the VanLeeuwen farm, with attendance being as high as 150 students from 27 countries.

The field burning controversary and the state’s attempts to forcibly take land from farmers along the Willamette River for the Greenway project in the late 60’s and early 70’s eventually compelled her to run for office.

She spent 9 terms, from 1981 to 1999, as a State Representative for then District 37 representing rural parts of Linn County including the cities of Lebanon and Sweet Home; where she championed natural resources, small businesses and rural issues.

She never missed an opportunity to deal with constituent concerns. Often helping those who found themselves crushed between the gears of government bureaucracy. She always considered herself a statewomen not a politician.

She was also a founding member of Oregon Women for Agriculture and American Agri-Women.

In 1999 she was elected to the Linn County Soil and Water board, a position she held until her death. She was also serving on the board of the Linn County Farm Bureau at the time of her passing.

She was an active participant in her church and felt her faith played a direct role in her life. Over the years taking on many church roles including Sunday School teacher, AWANA volunteer, and Christmas pageant organizer.

She was also a 4-H alumni and a 4-H club leader and teacher.

She was able to be effectively involved in numerous political, civic, and church efforts because of the support of many neighbors and friends.

Liz was a firebrand, a catalyst, a true Oregonian and will be greatly missed.