On Tuesday, January 25, 2011 – just before the Governor’s recommended budget was released, the Oregonian ran a PolitiFact on the Governor’s email where he said “the effect it to provide an increase in state funding for the 2011-12 school year.”  The State of Oregon budgets on a 2-year or biennium basis, and so the “2011-12 school year” would be the first year of the 2011-13 budget period.

PolitiFact concluded “Kitzhaber is right, it does.”, and rated the Governor’s statement as “Mostly True”.

Even ignoring the larger reality that the Governor’s recommended budget CUTS the State School Fund for the 2011-13 budget period, no matter how you look at it, PolitiFact’s rating is wrong.  The Governor’s deceptive statement should have garnered a “Barely True”.

It also ignores the fact that the Governor’s budget GROWS the Department of Human Services (DHS)/Oregon Health Authority (OHA) budget by $330 million in General & Lottery Funds.  That makes this the second budget cycle in a row where Democrats have CUT the State School Fund and have GROWN DHS/OHA significantly.

School districts across the state are facing big cuts again, and they’ve run out of options.  The governor and the legislature know that schools are one of the voter’s TOP priorities – but that’s not the way they’ve budgeted – including Governor Kitzhaber’s recent recommended budget. 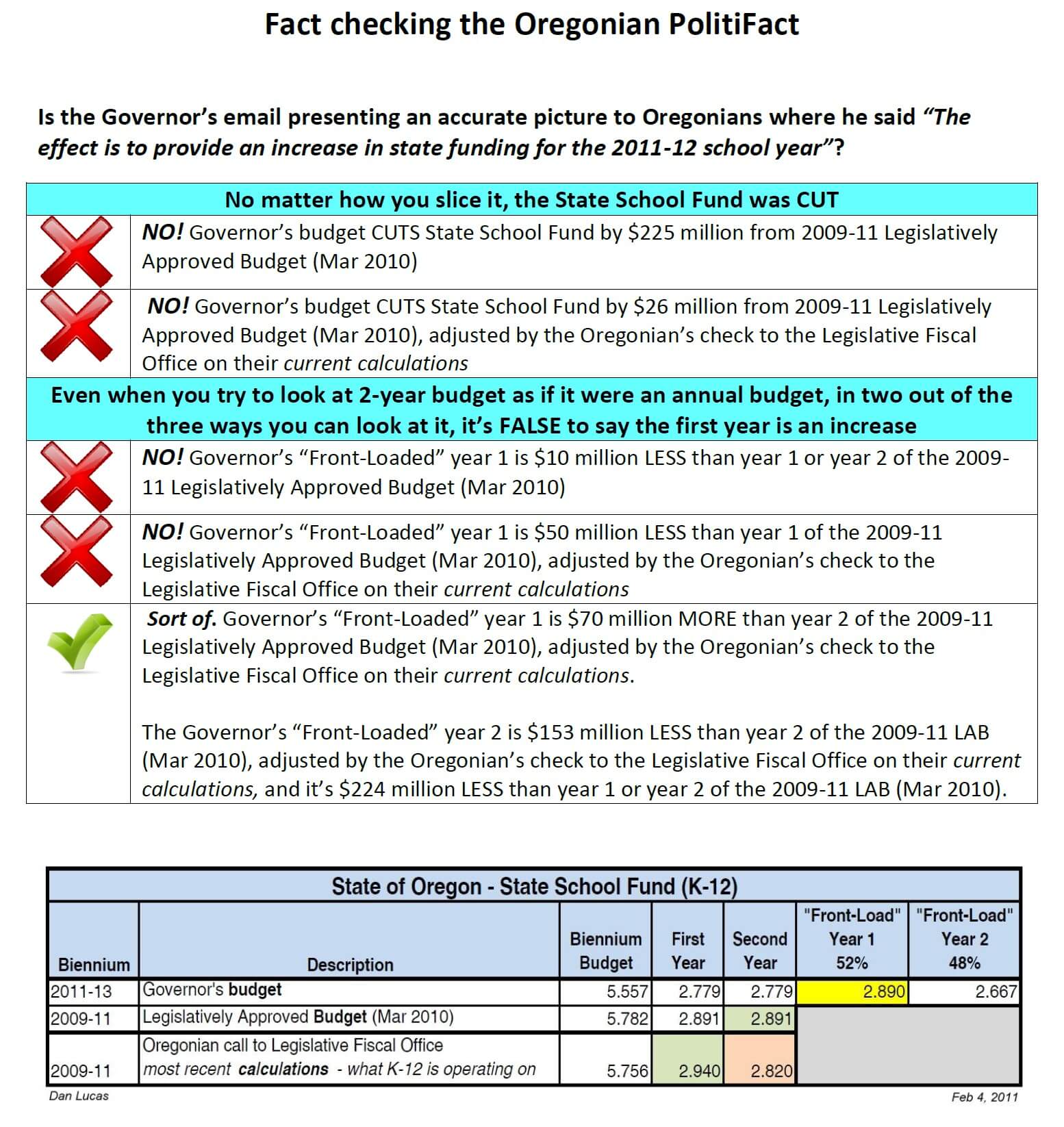