The Oregonian this morning reported that Oregon added 6,300 jobs in January, a “seasonally adjusted” increase. The news was cheered by economists and even House Democratic Leader Dave Hunt, who said the growth was due to higher state spending on government programs. But, looking at the actual state unemployment report, did Oregon really add 6,300 jobs?

The state unemployment report suggests that Oregon employers actually cut 31,200 jobs in January. Because economists expected a loss of 37,500 jobs, they consider the difference of 6,300 jobs a “gain” for the month. The report also indicates job losses in 10 of 11 employment sectors. 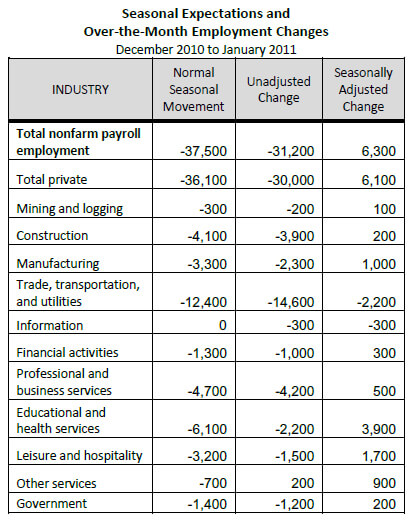 The economist in The Oregonian story argues the difference is an indicator of strong job growth in the state. Does that mean there were more employed Oregonians and fewer unemployed Oregonians in January? Let’s take another look at the unemployment report:

Did Oregon really add 6,300 jobs in January? Is a strong economic recovery really underway? You decide.