Thomas Cox is the Republican Party’s nominee for Oregon State Treasurer. Better known that most candidates for this often obscure but important position, Cox made his name not as a Republican, but as the Libertarian candidate for Governor in 2002 where he waged one of the most successful third party Oregon State races in recent memory. 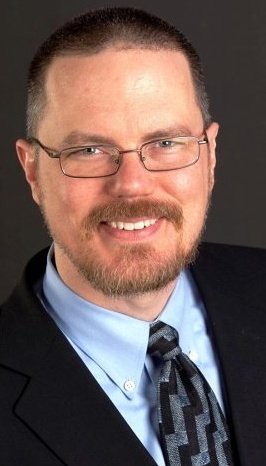 Then in 2005, he sought out his former Republican rival Kevin Mannix, asking him if there was room under that big GOP tent for a guy with Cox’s bold vision of limited government. Seven years later in the Tea Party era even asking this question seems silly, but Cox for all his firmly held views is one to listen first before he makes himself understood. Mannix thought it was a great idea, and the Oregon Republican Party is now recognizing one of Linden Johnson’s rules of politics: “It’s probably better having him inside the tent pissing out than outside the tent pissing in.” After all, Kevin Mannix lost to Ted Kulongoski in that race by 39,219 votes as Tom Cox raked in 57,760.

I recently asked Cox why he switched parties. He said his foremost reason for being involved in politics in the first place is not out of a love for power but to advance his values. In the years after that gubernatorial race, Cox came to realize that the best channel to do that was through a major party. The Republican Party seemed most likely to accept his principles of individual liberty, personal responsibility, and limited government.

Cox plans to focus mostly on fiscal issues where there is the most consensus within the Republican Party, but he also notes that most of the perceived conflict between libertarians and conservatives can be avoided by emphasizing two points on cultural matters that most evangelical Christians can agree on. First, a free society depends on a moral order that supports self-governing virtues such as the deferral of gratification and the habits of fair dealing that prevent each member of society from voting for a greater share of the public treasury at the expense of his neighbors. Second, these virtues can only be privately promoted, because we cannot turn to the government to manufacture them for us. Government is only good at tearing down virtue.

In 2006 Cox then ran for the nonpartisan position of Metro Councilor of District 4 which represents Washington County. As anyone in the Portland area knows, this is the black hole of limited government candidates. Whether it is by self selection or the nonpartisan electoral structure that favors establishment candidates, anyone running on a reform agenda is marginalized by the local media and can expect to receive little more than the same minor party like support that Cox was previously used to. To put his odds of winning into perspective, Metro’s current president Tom Hughes is a rock solid Democrat, but due to his merely occasional centrist tendencies he was nearly defeated in 2010 by an extreme left-wing opponent Bob Stacey, the former director of the environmentalist group 1000 Friends of Oregon.

Cox did not win, but he came in second to Kathryn Harrington in the four way May primary, going on to face her in a runoff election in November. In that general election Cox boldly went where no free market candidate has gone before, giving Harrington a real campaign. With 44% of the vote, he not only stood in stark contrast to the 36% that the moderate Republican candidate got for the 1st Congressional District that shared most of the same voters, Cox demonstrated in Ron Paul like fashion that he has the ability to grow his support without trimming his principles. Just as Brian Doherty’s book The Ron Paul Revolution argues that Paul will be seen as the long-term winner of the 2008 Presidential race, Cox accomplished exactly what he set out to do. He rose to the level of a higher platform to spread his values.

One perennial political asymmetry in the expansion of state power is the fact that of the people in society that think government has a solution to most of our problems, the best and the brightest of them run for public office while those of us that want to limit the scope of the public sector have better things to do with our lives in the private sector. Cox has been a rare exception, but even he failed to capitalize on the base of support he built in 2006, quickly pivoting toward his business consulting work. Like so many others, it was the Tea Party movement that brought him back in the game. Of the many different kinds of people that showed up to Tea Party rallies, Cox was the kind of guy its organizers most hoped the media would point a microphone at. 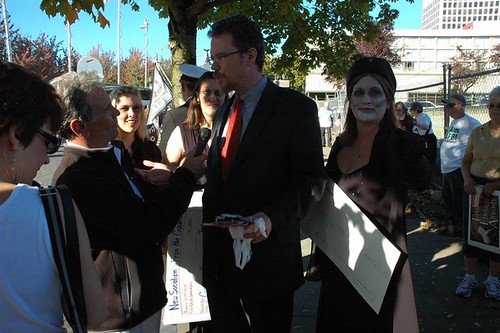 Earlier this year, after the filing deadline expired with no Republican running for Oregon State Treasurer, Oregon Republican Party Chairman Allen Alley asked Cox to agree to run a write in campaign to get the nomination to compete in the fall against incumbent Ted Wheeler. Knowing very well what a challenge that would entail, Cox agreed, sailed into the nomination, and is about to surprise a comfortably complacent blue state establishment with a campaign the likes of which they have never seen.

There are many important ways the Oregon State Treasurer affects local policy decisions throughout the state by keeping the financial trains running on time. Cox is prepared to address all of them as events drive the agenda, but for the most part, much of the job’s responsibilities are overlooked by both the media and the electorate. His strategy will be to get the word out about how our state could be managing both its assets and its liabilities more wisely, exposing seemingly technical matters to a broader group of people that would not otherwise care about what has hitherto been the purview of quiet bureaucratic business as usual. Without leaking to you the details of his ground game, Cox will tap into his base of support using social media tools not available to him a decade ago while leveraging his considerably gifted public speaking skills to expand the Oregon Republican Party’s state-wide support through a pioneering strategy of retail politics that will focus on two wedge issues: land use and the Public Employee Retirement System (PERS).

Most people don’t know how considerable an influence the Oregon State Treasury has on land use in our state’s public policy process. We are one of those few states where the federal government owns the majority of the land, but the State of Oregon remains a huge landowner as well. While always difficult to know for sure, it has been calculated that the revenue we get off state land yields hardly 1% when divided by even a low-balled estimate of its market value. Given the present boom in commodity prices, the presence of so many mineable elements of considerable value and renewable timber in great abundance on state lands finds our state budget missing out on a windfall of non-tax revenue. More importantly, the business opportunities these untapped sources of wealth creation and employment hold presents so much promise to improve the economic health of our state, it boggles the mind why the resurrection of our resource sector is not a top priority. Cox will be bringing this to the attention of swing voters throughout this state in a big way.

PERS has been a known problem since Cox ran for governor a decade ago. Dangerously unfunded liabilities for small local governments around the state remain lurking under the surface, but most voters seem to think we are out of the woods, that PERS has been reformed. Cox will show voters what is under the hood. For several counties their PERS payment looms large at the top of their budget. Cox plans to build on the momentum of the once thought politically impossible reforms enacted in a blue state like Wisconsin, elements of which are on the agenda in states with even more powerfully entrenched Democratic majorities from California to New York. Cox will be taking this issue directly to independent voters, showing them how the magnitude of risk that Oregon’s off balance sheet liabilities threatens core government services that we all value across the political spectrum.

Like Ron Paul, Tom Cox knows how to turn an electoral defeat into a victory for his values. He sees campaigning as a didactic tool for educating voters, not a dog fight. Cox sees beyond the old proposition that if we win an election great if not we win nothing. Having already proven he knows how to run a race that builds for the future, Cox plans to build a permanent infrastructure. He told me “I want to run in a way that will leave the Republican Party stronger whether or not I win.”

If you’re looking for something to get involved in this election cycle, I think this is it. There is probably no other candidate that can squeeze more bang for his buck than Tom Cox. No matter how close the presidential election will be this fall, Obama is probably going to get Oregon’s Electoral College votes. Strange as it may sound, the biggest opportunity to make a difference this year on policies that directly affect the world around you is the race for the Oregon State Treasurer. The best place to start is by liking his Facebook page here.