What the Hell is ‘Shadow Flicker?’ 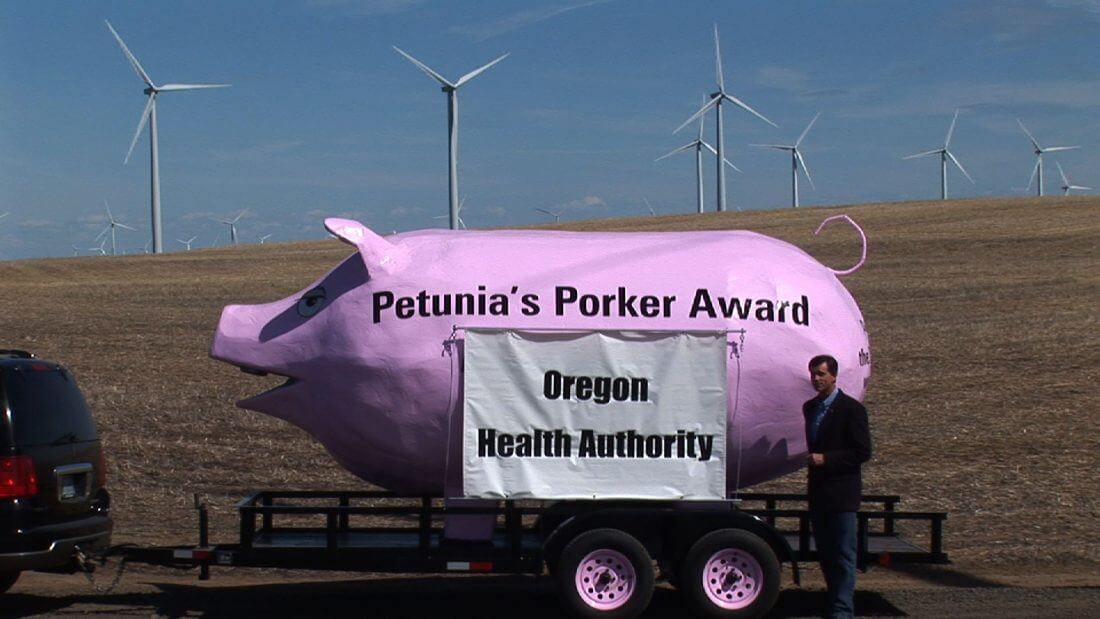 SALEM-Oregon Capitol Watch Foundation’s Executive Director and former State Representative Jeff Kropf announced Petunia the Pork Detective’s first ever ‘Porker Award’ was given to the Oregon Health Authority for a wasteful study to determine if giant wind turbine blade shadows trigger epileptic seizures in humans. The OHA admits they don’t know how much they spent on this study, they didn’t have a budget for it and are unclear who authorized it.

This 134 page ‘Health Impact Assessment’ concluded it was ‘unlikely’ that ‘Shadow Flicker’ would cause epileptic seizures in human beings and was funded by the Association of State and Territorial Health Officials and the Centers for Disease Control and Prevention, both of which receive taxpayer dollars.

“Petunia was out on patrol looking for wasteful government spending when she came upon this ridiculous waste of taxpayer resources” said Kropf.  “She knew immediately that anyone with a lick of sense could have figured out that ‘shadow flicker’ wasn’t going to trigger epileptic seizures because virtually no humans live amongst the wind turbines in Oregon. Even a pig could figure that out before wasting tax dollars on this travesty”.

The study also considered whether wind turbine noise could cause health damaging stress in humans, but admitted in their conclusion that they were uncertain of their assessment because of limited or only anecdotal evidence. They’ve had no noise complaints and were unable to assess the frequency or magnitude of noise related health impacts in Oregon.

“This was nothing more than another government ‘make work’ exercise” said Kropf. “Yet, bureaucrats will justify this egregious waste of tax dollars while America runs over a trillion dollars in debt each year. The taxpayers should be outraged!”.

According to the draft report of this HIA, several of OHA’s Office on Environmental Health employees conducted this review of previously published studies and other literature over an 18 month period that included travel around Oregon to hold community meetings. A Health Impact Assessment is a concept adopted by the World Health Organization in the 1990’s and is increasingly being used by state and local bureaucrats to measure the health impacts of policy, programs and projects.

Kropf added “at a time of increasing government costs due to PERS and falling state revenue, you would think Oregon bureaucrats would devote their limited resources to more meaningful activities”.