A straw poll of 259 fiscal conservatives in Oregon showed their opinions on two facets of the anticipated Mitt Romney Vice President choice. The first was their personal choice for Vice President and the other was their prediction on whom they thought would be chosen. 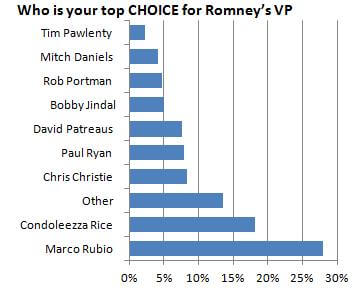 The personal choice was dominated by Marco Rubio and Condoleeza Rice. The much talked about option of David Patreaus came in a third among selected candidates. A strong showing for other choices was a mix of Scott Walker, Ron Paul, Rick Santorum, Alan West. 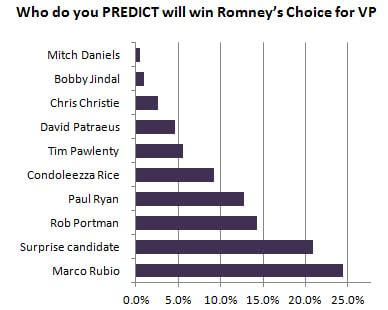 For prediction it was Marco Rubio holding the lead with a surprise candidate leading the second choice.