Petunia’s on Patrol at the Oregon State Fair!
Looking for tips on government waste from fairgoers

“We decided there was no better place for Petunia to be on Labor Day weekend to meet people who might know of pork barrel spending” said Kropf.  “A great many government workers attend the state fair and no doubt some have suggestions on where Petunia can look for wasteful spending”.

Petunia is staged at the Pink gate on the east side of the fairgrounds and has a new feature, ‘the pork barrel’ where fairgoers can leave tips on government waste and spending abuse for her to review. 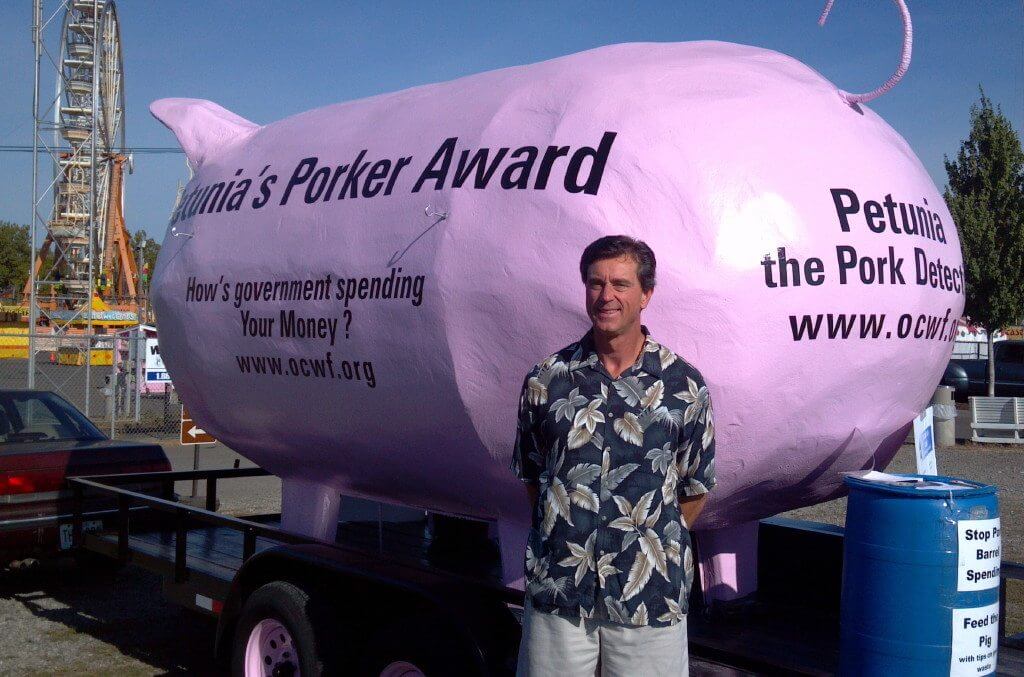 After the success of Petunia’s first Porker Award television ad and YouTube video (seen @ www.ocwf.org) on the Oregon Health Authority’s wasteful ‘Shadow Flicker’ study, she has been traveling all over Oregon. She has been from Milton Freewater, Hermiston to Sutherlin and several points in between appearing at rallies, fairs, city council and county commission meetings. At every stop, citizens have been making suggestions on where to look for government waste and how to make government more efficient.

Kropf added: “After Petunia’s summer and fall tour around Oregon she’ll compile all of the tips and suggestions on ending government spending abuse and present them to the state legislature in January with the hope they will take action to spend taxpayers money more effectively”.

Petunia will be appearing soon at several events in Central and Southern Oregon in September and is available for further events this fall.