Republicans have made modest gains in statewide voter registration since the 2010 election. There are almost 8,000 more Republicans, and Democrats have lost 9,000 voters. Small-i independents have shot up by over 70,000 voters. Small-i independents are mainly non-affiliated voters (NAV), but also include voters who belong to minor parties (Independent Party, Libertarian, Pacific Green, etc.)

Statewide Democratic voter registration spiked significantly in 2008, and has been declining since. The rate of decline slowed from 2010 to 2012. 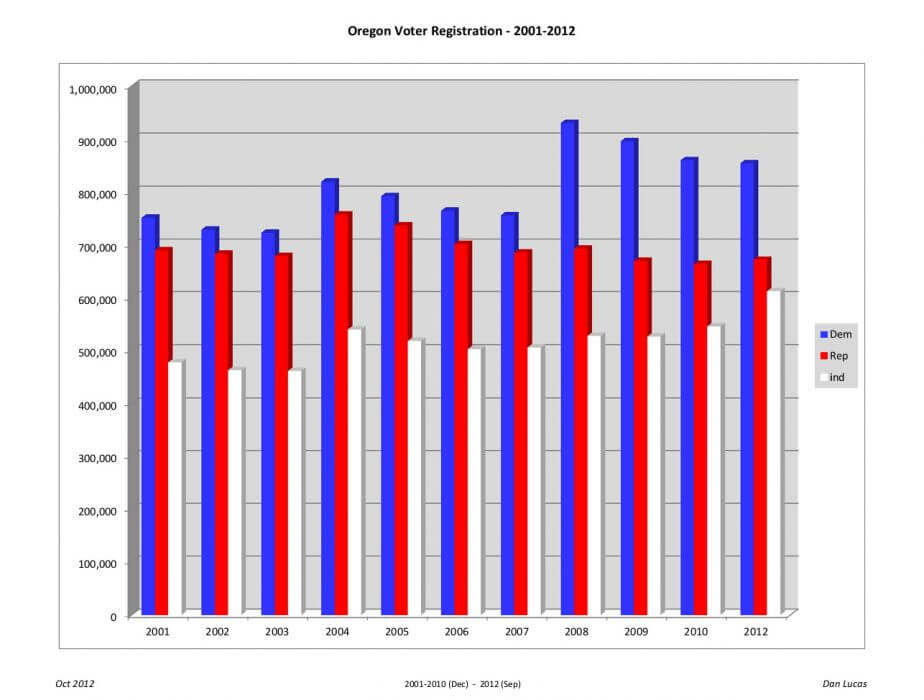