The anti-gun organization, the Violence Policy Center (VPC), produced an “analysis” with the headline-grabbing title “Gun Deaths Outpace Motor Vehicle Deaths in 10 States in 2009.” Oregon was listed as one of the 10 states, and the VPC report was picked up by news outlets like the Huffington Post back in May 2012. That VPC talking point has been picked up again this month by USA Today and others in the wake of the tragic murders at Sandy Hook Elementary in Connecticut.

That is a horribly deceptive presentation of data. 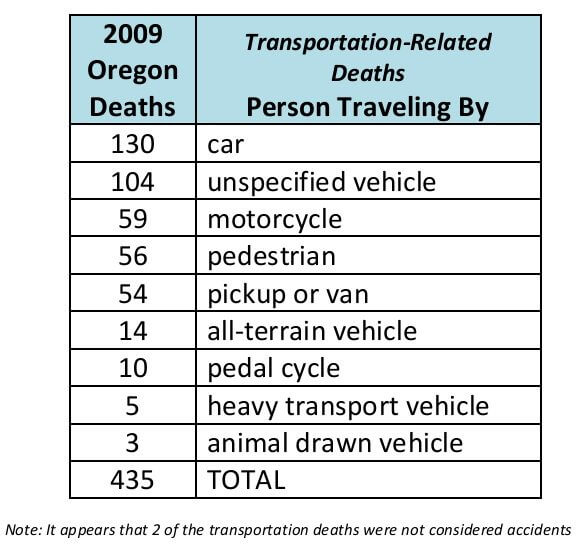 To come up with their deceptive, headline-grabbing title “Gun Deaths Outpace Motor Vehicle Deaths in 10 States in 2009,” the Violence Policy Center “analysis” had to compare the number of Oregon deaths caused by motor vehicle accidents to the combined number of deaths caused by gun accidents, gun suicides, gun murders, gun deaths by the police or military and undetermined.

On the number of suicides, I noted in an earlier article,

Regarding the use of guns in suicides in Oregon – there does not appear to be a correlation between gun control and suicide rates. Sadly, people wishing to commit suicide appear to change the means when another is restricted. For example, according to the World Health Organization’s data, Japan has a much higher rate of suicide than the United States. In 2011, Japan had the 7th highest suicide rate in the world, and the U.S. was number 38. A 1999 New York Times article on the high rate of suicide in Japan noted “Because gun ownership is severely restricted in Japan, many Japanese resort to throwing themselves in front of trains, hanging themselves, jumping off cliffs or overdosing, the police say.”

UPDATE: Additionally, even with much stricter gun laws in Canada and the draconian gun laws in the UK, both those countries have the same rate of suicides as the U.S. – 12 per 100K.  Source: WHO data via Wikipedia (July 2014)

A note on sources: