Sen. Floyd Prozanski (D-Eugene) has sponsored a strange bill to make it more difficult to obtain a concealed handgun license in Oregon. The bill, SB 796, had been expected to get a Senate Judiciary Committee hearing this coming Thursday or Friday in Salem1. 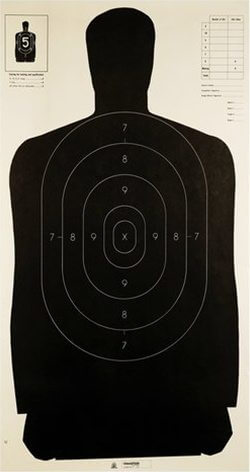 The very detailed requirements in the bill spell out timed tests to demonstrate competence with a handgun. The timed tests will require that the applicant either have a high-capacity magazine of at least 10 rounds for semi-automatic pistols, or be proficient with a speed loader for revolvers. Why does Sen. Prozanski want to make sure that CHL holders can shoot lots of bullets quickly?

That may make sense for law enforcement who have a very different charge – to head into trouble, protect the public and stop or apprehend the bad guy. A CHL holder is just a citizen who now has additional self-protection options if they choose – who is not wearing a Kevlar vest and who will likely do everything possible to avoid trouble. Do we really want the law to be promoting CHL holders shooting lots of bullets quickly? There are very legitimate reasons for having high capacity magazines – they just shouldn’t be REQUIRED for someone to get a CHL.

Bill gets very specific – much more specific than driving test

In the most recent year that complete data is available (2009), there were:

Despite an overwhelmingly higher number of driving accident deaths, Sen. Prozanski’s bill would provide far more detailed direction on the demonstrated competency portion of the CHL test than exists for the driving test.

Here is the part of state law prescribing the driving portion of a driver’s license test (ORS 807.070):

(3) A test that is an actual demonstration of the applicant’s ability to operate a motor vehicle without endangering the safety of persons or property. The following apply to this subsection:

(10) For the purposes of subsection (1)(f) of this section, in order to demonstrate competence with a handgun a person must:

(a) Receive a score of at least 70 percent on a firing range test, with a maximum of three attempts, using a National Rifle Association B27 or similar silhouette target and consisting of the following course of fire:

(A) 20 rounds fired from a distance of three yards, with:

(i) Five rounds fired one at a time with two seconds allowed for each shot;

(ii) 10 rounds fired two at a time with three seconds allowed for each two shots; and

(B) 20 rounds fired from a distance of seven yards, with:

(i) Five rounds fired with 10 seconds allowed for all five shots;

(iii) Five rounds fired one at a time with three seconds allowed for each shot; and

(iv) Five rounds fired with 15 seconds allowed for all five shots; and

The state law for a driving test doesn’t specify parallel parking or really any specifics, but Sen. Prozanski’s bill defines the exact firing range test down to the exact target type, distances, number of rounds and even seconds per round.

Bill discriminates against women and other vulnerable Oregonians

This bill discriminates against some of Oregon’s most vulnerable citizens – people who are in most need of the ability to protect themselves. With provisions like requiring that a CHL applicant be able to fire 10 rounds within 15 seconds, this bill will necessitate someone having either a high-capacity magazine for a semi-automatic pistol, or be proficient with a speed loader for a revolver. Because my wife suffers from tendonitis, she sometimes prefers a revolver because it doesn’t require the hand strength to chamber a round. For this reason, and because it’s simpler to use and doesn’t require knowledge of how to clear a jam, etc., she often recommends revolvers for beginners, for some women and for those with certain physical challenges who are looking to obtain a handgun for self-defense, including for CHL carry.

Many vulnerable Oregonians have their revolvers for basic self-protection, not for competitive shooting, and so they may not be proficient with a speed loader. Why should they be penalized for just trying to protect themselves?

It doesn’t appear that this legislation was very well thought out. If there is a public safety problem that Sen. Prozanski has evidence of concerning Oregon’s 164,000 law-abiding CHL holders, who have all passed FBI background checks, then a better approach might be to work with those CHL holders and collaboratively develop solutions.

Sen. Prozanski has shown in the past that he is capable of working collaboratively with CHL holders. In the 2012 Oregon legislative session,  Sen. Prozanski was very supportive of the CHL privacy bill that passed, HB 4045.

1There are indications now that the gun bill hearings that were going to be Thursday and Friday (March 14-15, 2013) are now going to be postponed for a week or two.