On Tuesday, Paul Ryan did what he has done every year this earnest fellow has been chair of the House Budget Committee; he proposed a budget for his committee to vote on and send to the House floor for an up or down vote. The Senate has not done the same since 2009, but this year Senate Budget Committee Chair Patty Murray D-Washington, claims to be working on doing the same, releasing a less detailed plan yesterday that appears to only cut the deficit in half even as late as ten years from now. It falls far short of Ryan’s balanced budget in 2023, but at least it is something more than a sound bite which is all Senate Democrats have produced in four years.

Last fall, I read Bob Woodward’s masterful work The Price of Politics which lays out in detail the sloppy and ad hoc way in which the President led his party in negotiating with Republicans in 2011. 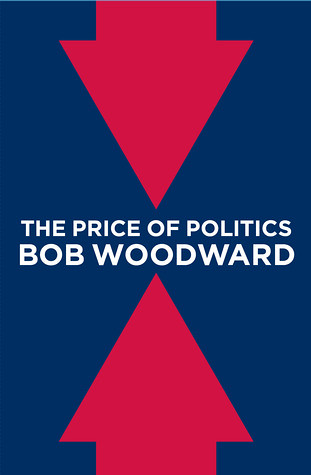 Woodward of course is no partisan pining for Republican affection, but by simply laying out the facts of what transpired the book reads like an indictment of Obama’s leadership. His book has gotten much attention, primarily for showing how it was Obama that walked away from a deal despite blaming Republicans for never saying yes to anything, but what has gotten less attention is the news Woodward has made uncovering how it all began. The innovative new idea to use the debt ceiling vote as leverage to force reductions in deficit spending actually originated from a Democrat:

On Tuesday, November 24, 2009, just before Thanksgiving, Senator Kent Conrad headed down Pennsylvania Avenue for a private meeting at the White House with his former colleague, now the president. It was another step in a career-long effort of what could be called “The Project,” or “The Mission.” Conrad, the head of the Senate Budget Committee, believed the country was heading off a fiscal cliff. He could prove it, and he was going to fix it.

His intense, scholarly look inspired one Senate colleague to refer to him as “The Auditor.” But the 61-year-old North Dakotan also had an honorary tribal name given by the Sioux Indians in his home state: It translated as “Never-Turns-Back.”

From his five years as state tax commissioner to his 23 years in the Senate, Conrad was the quintessential fiscal hawk. He had been the second senator to endorse Obama for president, and the two had a friendly, though not close, relationship.

In the Oval Office with Obama and his economic troika, Geithner, Summers and Orszag, Conrad warned that federal debt and spending posed a long-term threat, more now than ever. The country’s present course was not sustainable. And that’s not just my view, he said. It’s the view of your budget director, Orszag. It’s the view of the head of the Congressional Budget Office. It’s the view of the Federal Reserve.

Everyone laughed. Conrad’s charts were notorious. He used so many on the Senate floor and in committee hearings— more than all the other senators combined— that he had earned his own printing equipment. He could wear out even the most dedicated green eyeshade with his presentations of the nation’s finances and their descent into oblivion.

“You convinced me long ago that we’re on an unsustainable course,” Obama said. The reasons to rein in the deficit were abundant and obvious. The public debt was now approaching $ 12 trillion, about 85 percent of the Gross Domestic Product (GDP), the sum of all goods and services in the American economy. Just paying the interest on the debt cost the country hundreds of billions of dollars per year.

Conrad knew their cordial conversation would go nowhere, so he came prepared with an innovation. Conrad pioneered the leverage of debt ceiling brinksmanship:

“I believe so strongly in what you’re saying,” the president said, “I’d be willing to be a one-term president over this.”

It was a stark private declaration that Orszag had heard from the president before. But the president’s assurances weren’t enough for Conrad. About a dozen senators, Conrad warned, felt strongly enough about the issue that they were going to take it to the next level by insisting that Congress create a commission to tackle the problem. Until the commission was in place, they would block any increase of the debt ceiling.

That is the conception of the Bowles Simpson commission, but after its birth it no longer had a Democratic father. Woodward details how Obama promptly bought off Conrad and his fellow “blue dog” Democrats. In the case of Conrad the transaction was made with farm subsidies, massive discretionary farm subsidies to the little state of North Dakota.

When Republicans gained control of the House a year later, they could not be bought off, but Woodward identifies the President’s key flaw that doomed the process from the very start. Obama sidelined his own Democratic congressional leaders while trying to negotiate two separate tracks: one with Boehner and another with an informal collection of Senators called the Gang of Six. The President reached a deal with Boehner first. Before the details of this deal could be scored by the CBO and formally announced, the Gang of Six came up with their own which raised slightly more revenue. Congressional Democrats rejected the President’s deal and rather than twist their arms Obama backed away from it too, leaving Boehner hanging in the wind.

Woodward explores accusations that a brilliant Obama who wanted no deal did this intentionally and Woodward ends with a conclusion that it remains unclear if this was intentional grounding of the budgetary football or simply the President’s incompetence. What stand out as very clear is that this was all avoidable if the established procedures of Congress were used. Let’s not forget, budgets cannot be filibustered. If each chamber controlled by each party simply passed their partisan bill, the right place to hold negotiations is in a conference committee.

By following established legislative processes there would have been no room for chaotic accusations of reneged agreements and missed phone calls. A formal approach would have also been able to leverage the power of the CBO to filter some of the White House’s tactics of deception. Woodward’s reporting was able to discover that White House staffers were secretly using numbers from 12 year projections to make their savings look bigger to Republicans who thought they were talking about standard 10 year numbers. The CBO has its flaws, but those flaws are well known and intentionally designed to make lawmakers think we can mostly grow our way out of budget problems using a famously rosy methodology which always projects a future decade of uninterrupted 4% annual growth. As long as that is known, the CBO’s methodology is valuable because it’s transparent and consistent. In 2011, throwing cooked numbers back and forth was an utter waste of time.

Now we see a healthy development. In response to House Republicans, the Senate seems serious about passing a budget this year. The President then met with his congressional Democrats inoculating them to the fact they will have to compromise on entitlement spending. These are good signs.

There is just no getting around the fact that Republicans will have to compromise too, but it does not necessarily have to be entirely on revenue. Ryan’s budget leaves defense spending slightly above where current law’s sequester is, but it stands out as $2.3 trillion less than where he was forced to campaign on as Mitt Romney’s running mate. That’s a promising overture to Democrats. Forty percent of Ryan’s cuts come from eliminating Obamacare’s expansion of Medicaid and the expensive subsidies for the health exchanges. Obviously that won’t fly with Democrats, but if the Democrats respond with further defense cuts, there is opportunity here for a serious deal. Republicans need to greet that counter offer with a hand shake, shoving their Neocons into the basement to avoid the usual demagoguing of the issue with scare tactics warning of a terrorist under every bed. We spend way too much on defense, and deep defense cuts offer a compelling chip to bargain away.

When Democrats actually spell out their budget in a bill that gets scored by the CBO, they will be looking for cuts in spending not just revenue. So far the amount of revenue from tax increases that Murray has made public amount to only $975 billion over ten years. It will take around four times that to balance the budget a decade from now. Democrats need to vote for either a $4 trillion tax increase or find some spending to cut. Keep in mind Ryan does not even actually cut spending; he simple reduces its rate of growth from current law’s 5% to a more manageable 3.5%. Let Democrats find their own means to achieve the same responsible ends.

Let Democrats send their partisan bill that represents their progressive priorities to a conference committee and let’s have a real budget process this time around, because time is running out. Don’t be surprised if that final agreement looks a lot like Bowles Simpson, a sensible framework that came into being because a Democrat forced the leader of his own party to stop ignoring fiscal gravity.