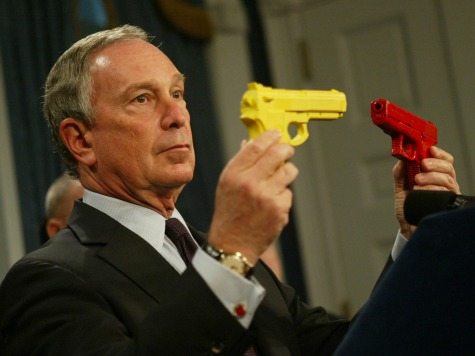 He recently sent his flying monkeys to “help” Nevada give up their rights, and now he’s planning to “help” us here in Oregon.

Thankfully, the Nevada governor, a Republican, is expected to veto the bill.

Bloomberg put a lot of his money and even some of his New York City staff behind the effort to get the bill squeaked through the Nevada Assembly.

The NY Times reported “At one point, 11 lobbyists for [Bloomberg’s] coalition were squaring off with one lobbyist for the National Rifle Association at the Nevada capital.”

The Nevada Firearms Coalition posted recently “If you need proof that Bloomberg brought in hired guns to NV, read their most recent news release. Only two mayors in NV belong to this group, yet NYC is dictating to NV citizens what laws we want.”

That’s a nice way of saying they flew in from New York, spent boat loads of Bloomberg’s money on high-powered lobbyists, expensive TV ads and attack mailers. The bill’s sponsor had this to say about the money being spent: “Hundreds of thousands of dollars” have been spent on trying to get the bill into law.

Some of the expensive, out-of-state lobbyists also happen to work for the New York City Mayor’s office! The Nevada Firearms Coalition posted “Two additional lobbyists were added in the past week or so who both had @cityhall.ny.gov email addresses. This was pointed out through various ‘tweets’. Within a short time of the tweets going out, the email addresses were removed – see attached screen shot comparing the before removal and after.” And apparently Bloomberg isn’t afraid to threaten lawmakers. The Reno Gazette-Journal reported “The input of the Mayors Against Illegal Guns group extended beyond lobbying into the realm of threatening lawmakers to vote in favor of the bill, albeit indirectly, Assemblyman Richard Carrillo, D-Las Vegas, told the AP.”

But Bloomberg can also be nice – if you do as you’re told. The Democratic state senator from Las Vegas who sponsored the background checks bill in the Nevada Legislature had this to say about Bloomberg “It never hurts to have friends with money.”

The best gun control, and the best legislators, that money can buy. New York City money.

Jeff Mapes at the Oregonian wrote a few weeks ago about NY Mayor Michael Bloomberg paying some local hired guns in Oregon to try to move the stalled background check bill in the Oregon legislature. The bill is stalled for a good reason: because the bill wouldn’t have prevented the recent tragedies at Clackamas Town Center and in Newtown, Conn – it was put forth by political opportunists who exploit tragedies. It is another agenda-driven bill in search of a relevant problem.

Soon Bloomberg’s troupe of flying monkeys ([email protected] ?) will be joining the local hired guns in Oregon to try to help us western yokels be just like New York City!

UPDATE (6/22):
Webpage of Mayors Against Illegal Guns (MAIG) purchased and hosted by City of New York!