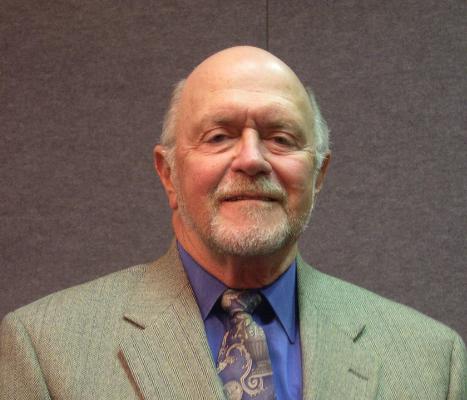 One year to the week that taxpayer hero Don McIntire passed away, Governor John Kitzhaber coincidentally signed Senate Bill 862 a measure that Don McIntire spent years advocating.  It wasn’t planned this way but this is how it happened.

Taxpayer Association of Oregon co-founder & author of the historic property tax limitation Measure 5, Don McIntire, spent many years trying to get politicians out of PERS.     McIntire wished to eliminate the horrific conflict of interest of having state lawmakers vote on their own state pensions.   This obviously did not help in Oregon’s public retirement system (PERS) spiraling out of control to what is now a $14 billion debt crisis.   McIntire drafted several ballot measures including as recent as 2007 with chief petitioner Nicholas Urhausen.  I remember McIntire joking on his draft political action committee title called P.O.O.P.E.R.S., which stood for Politicians Out Of PERS Committee.    Other priorities and funding dictated that the idea to get politicians out of PERS would have to wait, yet McInitre continued to speak about it at town hall events.

Senate Bill 862 signed by Kitzhaber removes future lawmakers from PERS system, which diminishes the effectiveness and principle of the matter.  Still it helps create integrity and balance for future generations.

This idea was one of many that McIntire had before it became popular.  Twelve years ago McIntire advocated and testified in the Legislature on making public the salaries and wages of public employees.   Back then, politicians said it would be impossible.   Thanks to an aggressive effort by The Oregonian and The Statesman Journal some of that information was made public when they legally fought to make PERS information public.

Sometimes being ahead of your time means never seeing the rewards of your efforts.  If McIntire could see SB 862 today, he would be proud.