Portland General Electric (PGE) residential customers could see their electricity bills increase by an additional 38% over current trends, according to a study released by the Oregon Public Utility Commission (OPUC).  Oregon SB 101 is legislation from 2009 furthering the reduction of greenhouse gas emissions by utilities for target date 2020 and beyond.  The OPUC report estimates the SB 101 greenhouse goal, reducing greenhouse gas emissions to 10 percent less than 1990 emission levels, would cause PGE rates and bills to increase by approximately 38% (roughly $400 per year for the average PGE residential customer).

PGE would be forced to sell or shutter its share in a second coal plant, ColStrip units 3 and 4 (near Billings, Montana). PGE’s other coal plant, Boardman, is already scheduled for shutdown in 2020. The cost of power supplied by Colstrip is only about 3 cents per KWH, well below the average existing energy supply cost for PGE of around 6 cents per KWH.   PGE would meet most of its demand growth, and replacement power for Colstrip, with additional wind turbines and simple cycle natural gas turbines, both of which have a projected cost of 10 cents per KWH and higher.

To date, BPA’s Grand Coulee Dam has been the linchpin in smoothing out variance in wind generation regionally, but this regional storage mechanism is reaching its limits in storing additional amounts of wind generation.  Therefore, the OPUC study goes on to state:  “while it will be challenging to meet the 2020 greenhouse reduction goals, maintaining the goals will also be difficult.”  In essence, additional wind generation for PGE requires expensive back up systems that are either not technically feasible or, in the case of simple cycle combustion turbines, cause emissions themselves. 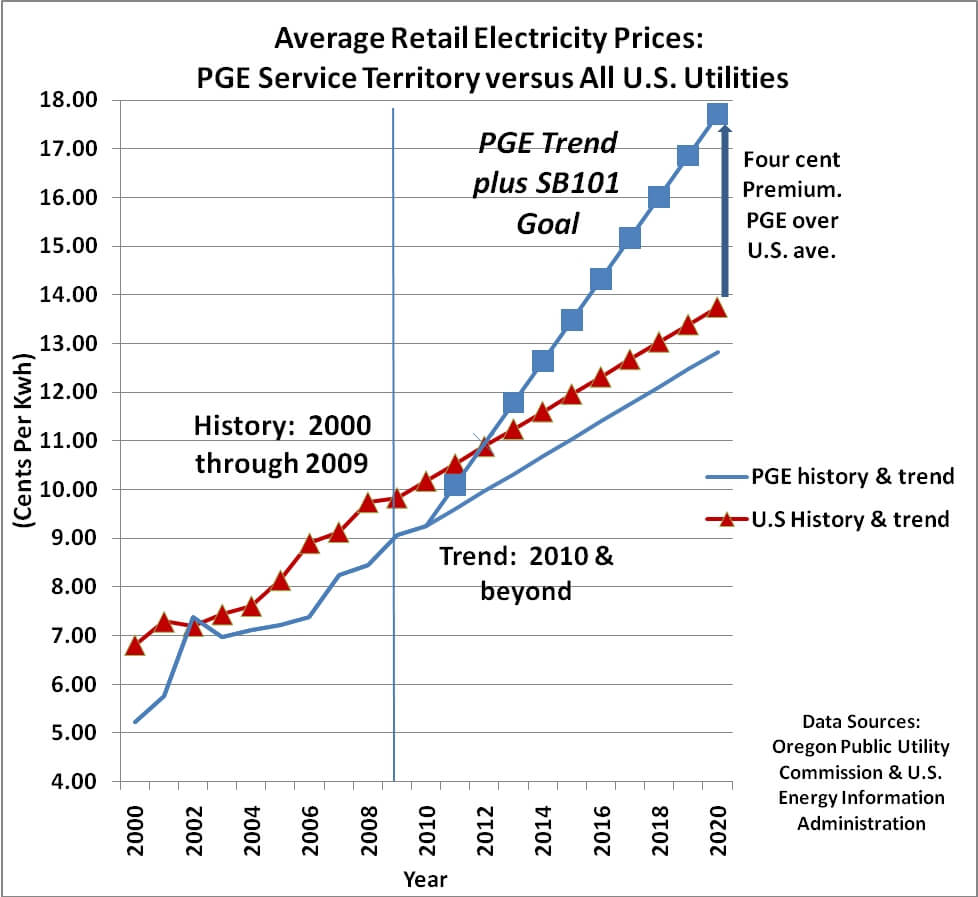