There’s a brilliant article by Avik Roy in Forbes on the left-leaning political tool PolitiFact. Here’s all you need to know about PolitiFact:

1. In October 2008 during Barack Obama’s presidential campaign, PolitiFact rated this statement by Barack Obama “if you’ve got a health care plan that you like, you can keep it” as TRUE. The article was written and researched by Angie Drobnic Holan.

2. PolitiFact’s Lie of the Year in 2013 is President Obama’s “If you like your health care plan, you can keep it,” again written and researched by Angie Drobnic Holan. Holan’s finding was rerun locally in the Oregonian.

The Forbes’ article points out “The highlight of Holan’s 2013 ‘Lie of the Year’ article was that it completely ignored Holan’s own ‘TRUE’ rating of the ‘keep your plan’ claim back in 2008” and “nowhere does the ‘Lie of the Year’ piece even acknowledge that its author once gave Obama’s promise its 100 percent ‘TRUE’ seal of approval.”

As Avik Roy notes in his Forbes’ article “PolitiFact was caught with its flaming pants down.” 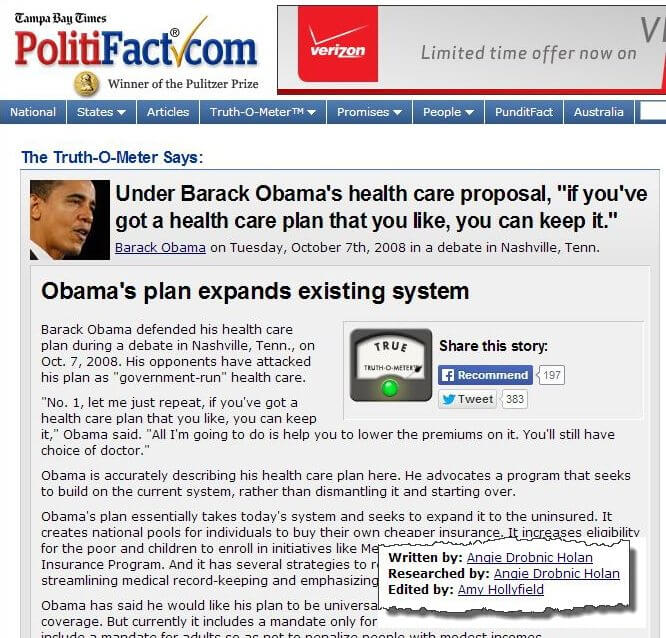 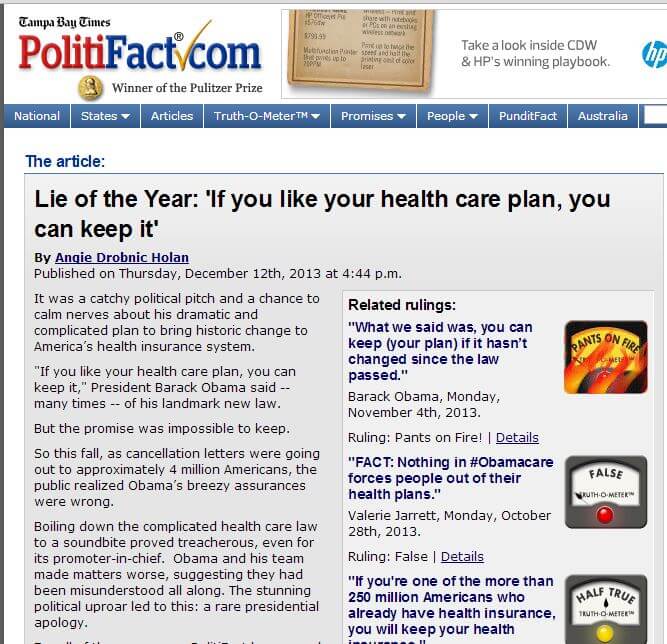