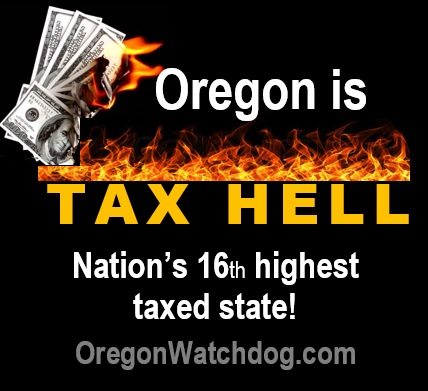 The National Tax Foundation rates Oregon as the 16th highest tax state in the nation.

Even with Oregon’s high taxes, there are moves to raise them higher

When all is said and done Oregonians pay more on taxes than food, clothing & shelter combined.

*** Living in Oregon Tax Hell means we need your support more than ever.  The Taxpayer Association is your voice for lower taxes since 1999.  Please make a donation or even use your free Political Tax Credit. We can’t do it without you.