“It is with deep sadness that House Republicans have learned of the passing of Vic Atiyeh. He was the epitome of a public servant and gave so much to so many in Oregon. Governor Atiyeh was quick to encourage this generation to work together to solve Oregon’s problems. He was our example. He will be missed by all of us. Our thoughts and prayers are with Governor Atiyeh’s family.” 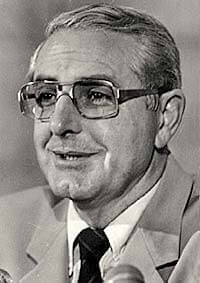