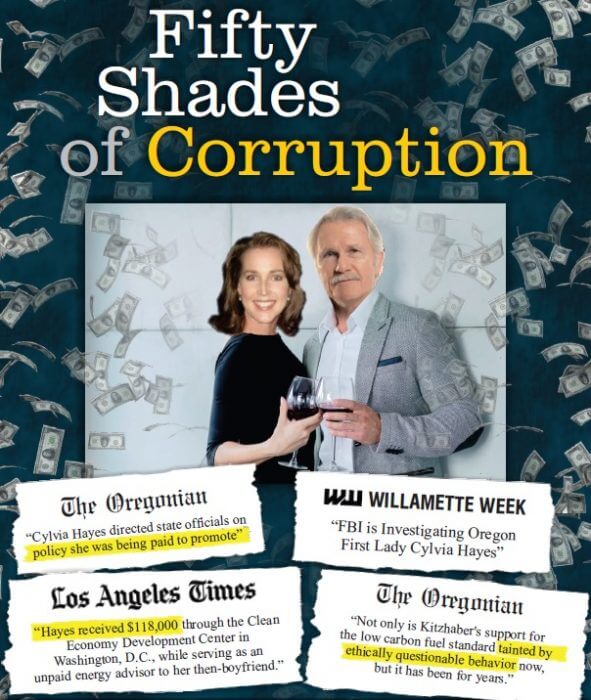 The “GovernorKitzhaber-CylviaHayes-LowCarbonFuel” scandal has officially broken out into House members with a mailing to citizens in Representative Val Hoyle’s district. Oregon Catalyst is the first to showcase the mailing being sent as we speak.  View the mail piece here.   The mailing is from the vigilant folks at Session Watch a project of the Oregon Capitol Watch Foundation.

Below is some of the wording of the Val Hoyle/Gov. Kitzhaber peice:

“Representative Val Hoyle plans to vote for the hidden gas tax on middle class Oregonians that’s at the center of the scandal getting national attention. The Governor’s girlfriend, Cylvia Hayes, is pushing a hidden gas tax that will raise your gas prices by as much as 19 cents per gallon. Hayes received $118,000 from a “clean energy” group that will benefit from taxing you! While Kitzhaber and his Girlfriend cash in”