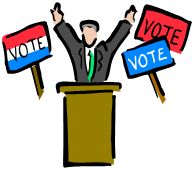 The Oregon House Republicans’ Promote Oregon Leadership PAC announced three candidates yesterday for competitive Oregon state house races. One of those races, HD51, was one of Oregon’s million-dollar races in 2014. In another of those races, HD22, it’s an open seat – the Democratic incumbent has announced they are not running for reelection.

Happy Valley, OR – Happy Valley Mayor Lori Chavez-DeRemer announced yesterday that she will run as a Republican candidate for House District 51. DeRemer, who has served the Clackamas County community for more than a decade, launched her campaign with the support of the entire Happy Valley City Council as well as some long-standing business leaders including Thomas Joseph of Thomas Joseph Personalized Dry Cleaning and Lori Luchak-Olund of Miles Fiberglass.

“For more than 15 years, my family and I have been fortunate enough to call Happy Valley and Clackamas County our home,” said DeRemer. “As our community begins to face new challenges, I believe we need leaders at the state level who will put the priorities of House District 51 above all else. I’m running for state representative because I want to ensure that our community continues to be a place where people feel safe, where children have access to an exceptional education system, and where working families have the opportunity to thrive.”

DeRemer was first elected to public office in 2004, when she won a seat on the Happy Valley City Council. DeRemer later became president of the council in 2007. In 2010, Lori successfully sought election as Mayor of Happy Valley, becoming the first woman in city history to serve in the position. She was re-elected in 2014.

During her time in office, DeRemer has led efforts to bring new jobs and economic growth to Oregon’s fastest growing city. She has also worked with Metro to preserve open space on Scouter’s Mountain, and partnered with Clackamas County to maintain a successful parks district and carry out the transition of the Happy Valley Library.

“Mayor DeRemer has always strived to put the needs of our community first and Happy Valley is better for it,” said Happy Valley Council President Michael Morrow. “Time and again, she’s demonstrated the courage necessary to make tough decisions on behalf of the people of our community. I’m supporting Mayor DeRemer because I know she is the type of leader our state desperately needs in Salem.”

In addition to her experience as an elected official, DeRemer has served her community in a number of additional roles. She has been a member of Clackamas Rotary since 2007, and has also volunteered with the Happy Valley Business Alliance, Clackamas County Business Alliance, and the North Clackamas Chamber. Lori currently serves on the Joint Policy Advisory Committee on Transportation, Region 1 Area Commission on Transportation representing Clackamas County, Institute of Metropolitan Studies Board through Portland State, and is one of twelve directors for the League of Oregon Cities.

“House District 51 would be well-served by a leader, like Mayor DeRemer, who understands the complex issues our state is facing and the unique challenges those issues present for Clackamas and Multnomah Counties,” said former Oregon legislator and current Clackamas County Commissioner Martha Schrader. “I have worked with Mayor DeRemer for over 10 years and she has always held herself accountable to her constituents and I know that she will continue to do so as the next State Representative of House District 51.”

Lori enjoys working with her husband, Dr. Shawn DeRemer, co-founder and owner of their business located in the Happy Valley/Clackamas area. Together, they have twin daughters, Emilie and Annie.  DeRemer is a graduate of Fresno State University.

For more information about Chavez-DeRemer’s campaign or to make a donation, please visit www.LoriDeRemer.com.

Woodburn, OR – Former county commissioner, state representative and school board member Patti Milne announced yesterday that she will run as a Republican for the open legislative seat in House District 22. Milne, who has served the Woodburn-Salem area for more than two decades, announced her candidacy with the support of local community leaders and prominent elected officials.

“After speaking with my friends and family and hearing from people in my community about the challenges facing our state, I am officially announcing my candidacy for House District 22,” said Milne. “There has been no greater honor in my life than serving the people of Woodburn, Gervais, Brooks and Salem. I know there is more I can do to ensure that our communities have access to a quality education system, strong public safety services and an effective and accountable government. I humbly ask the voters in House District 22 for their support and for an opportunity to once again be their voice in the Capitol.”

Milne’s prolific public service career began with her election to the Woodburn School Board in 1988. She later served three terms as a member of the Oregon House of Representatives from 1993 to 1998 before joining the Marion County Board of Commissioners from 1999 to 2014.

“I’m excited that Patti has chosen to run for the Oregon House,” Jack Bigej, Owner, Al’s Garden Centers and Greenhouses, a third generation family business. “Patti would be a refreshing choice with no hidden agendas, just logic and common sense. She is a true public servant and would make an excellent state representative.”

In addition to her extensive public service record, Milne has supported her community in countless other roles. She has served on boards for Blanchet Catholic School, Northwest Senior and Disability Services, SEDCOR, Willamette Valley Hospice, St. Joseph Shelter, St. Mary’s Episcopal Church and Travel Salem. Together with Jerry Howard of Volcanoes Baseball, Milne co-founded and currently chairs “Striking out Meth in Marion-Polk Counties,” a highly successful 10-year community initiative with the goal of reducing neighborhood drug abuse and violence, now known as SOSA.

A committed advocate for veterans, Milne helped establish the Marion County Veterans’ Task Force, which provides resources and support to Marion County veterans and their families.

“As Marion County Commissioner, Patti Milne served the residents of the Mid-Willamette Valley well; her record of community service is unparalleled,” said Dick Withnell, a Salem-area business and civic leader. “She has devoted decades of her life to serving the needs of our friends and neighbors. With Patti in office I know that her heart will be in the right place, advocating for the people of our community. House District 22 would be well-served by her leadership.”

Milne, a longtime member of the Salem and Woodburn Chambers of Commerce and a past president of the Woodburn Rotary, was honored by the Woodburn community as a “First Citizen” in 2014.

“Patti and her husband Stan have long been valuable contributors to the Woodburn and Salem area,” said Marion County Commissioner Kevin Cameron. “Their commitment to community organizations and public service have had a profoundly positive impact on our citizens.  Our community would be blessed to have Patti serve in the state house again.”

“There is no one better prepared to serve the citizens of House District 22 than Patti Milne,” commented House Republican Leader Mike McLane. “Her experience as both a legislator and a county commissioner will provide residents of Woodburn and Salem with a leader at the Capitol who understands the needs of the district and has a long, effective track record of delivering results for her constituents.”

Astoria, OR – Dr. Bruce Bobek, an Astoria physician and President of Columbia Memorial Medical Staff, announced yesterday that he will seek the Republican nomination for House District 32. Dr. Bobek has lived in Clatsop County for 26 years and has previously served as a commissioner for the City of Warrenton.

“I’m excited to have the opportunity to be considered as the next state representative for House District 32,” said Dr. Bobek. “My family and I have called Clatsop County our home for more than two and half decades. I’ve built a medical practice here, raised a family, and served our community in both the public and private sectors. I’m running for the Legislature because I believe we need new leadership in Salem that can restore confidence in government.”

Dr. Bobek is the owner and operator of Angel Medical, an Astoria-based health clinic. As an internist, Dr. Bobek provides Clatsop County residents with high-quality health care services. Dr. Bobek, as President of Medical Staff, also serves on the Board of Trustees for Columbia Memorial Hospital.  He has also served as President of the Clatsop County Medical Society and the Columbia Pacific Independent Physicians Association and is a founding member and past President of the Warrenton High School Scholarship Foundation.

Prior to his decision to run for state representative, Dr. Bobek served as a commissioner for the City of Warrenton. During his time in office, Dr. Bobek helped fund and build the Warrenton Library, establish the Warrenton Wetlands Plan, and develop the Warrenton Business Association.

Dr. Bruce Bobek is a licensed private pilot as well as a FAA Senior Aviation Medical Examiner.  Dr. Bobek has been married to his wife Beverly, a retired nurse, for 40 years. Together, they have 5 children and 6 grandchildren.