An obscure and bizarre provision in a bill that passed in the Oregon legislative “short session” last month provides specific tax breaks intended to lure pop singer Justin Bieber to Oregon. The bill was HB 4037, which directed the establishment of a program to incentivize the generation of electricity derived from solar energy.

The bizarre provision in that bill involves energy tax credits totaling $37 million for what was believed to be a solar farm near Sandy, Oregon. Those tax credits have actually turned out to be for a giant set of mirrors so that Bieber could see himself from any location on the property. Bieber was not consulted about the project, and continues to deny he has any plans to move to Sandy, Oregon – as was reported by both The Oregonian and by Willamette Week. 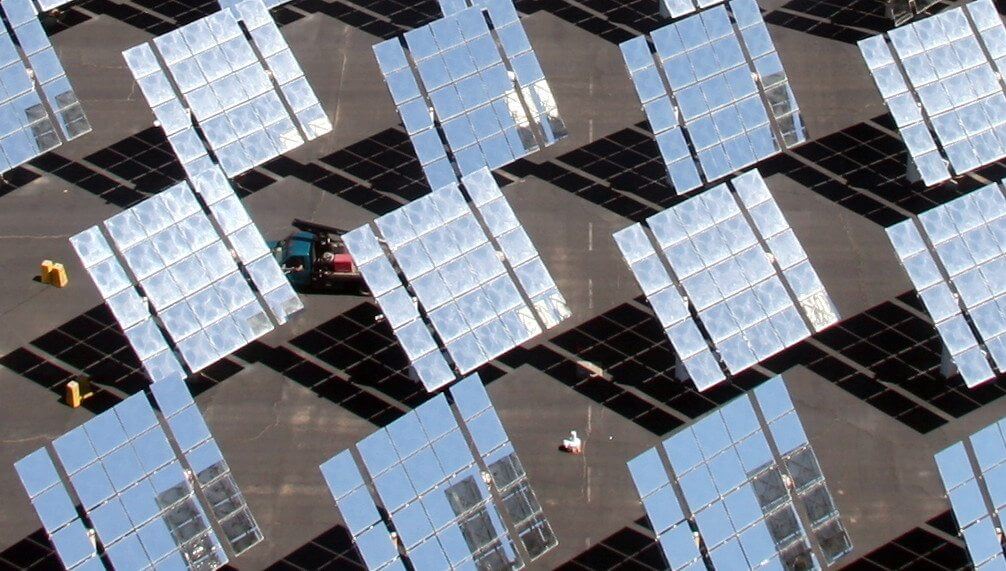 Oregon Bieber mirror array at a state storage facility near Boring, OR (click to enlarge)

The strange scheme was the brainchild of Sen. Ginny Burdick (D-Portland) and Sen. Sara Gelser (D-Corvallis). Sen. Doug Whitsett (R-Klamath Falls) was livid when he uncovered the provision. Whitsett said “The state doesn’t have $37 million to be wasting on something like this. Additionally, these are supposed to be energy tax credits, not celebrity tax credits.”

Responding to Whitsett’s stinging rebuke, Burdick and Gelser replied in unison “But Justin is SOOO dreamy!” Both are rumored to have Bieber shoulder tattoos.

While Post did vote against HB 4037, both Rep. Bill Post (R-Keizer) and Rep. Bill Kennemer (R-Oregon City) provided bipartisan support for the Bieber provision, and Post indicated he would have voted for it had it been a separate bill.

Speaking on the Bieber provision, Rep. Kennemer commented “Justin Bieber is the best part of my commute during session. I can listen to all my Justin Bieber songs on my trips to Salem.” When pressed for his favorite Bieber song, Kennemer would not commit. “They’re ALL so awesome! How do you pick just one?” He does have a favorite Bieber video, though: “Are you kidding? Never Let You Go!”

Rep. Post noted “In my years in radio, I was fortunate enough to meet many pop and rock stars, but Justin Bieber definitely tops my bucket list! My wife Colleen kids me about it, but I’ve got two rooms in our house that are ‘shrines’ – one for my Oregon Ducks and one for Justin Bieber. I am an unapologetic Belieber!”

In a further strange twist, former Oregon First Lady Cylvia Hayes has been trying to get her firm, 3EStrategies, hired to help lure Bieber to Oregon. Hayes elaborated “My firm offers a unique fusion of expertise in both green energy and pop celebrity.” Hayes is now reportedly taking credit for bringing Bieber to Eugene a few weeks ago, to use the Matthew Knight Arena as a practice space in preparation for his Purpose tour.

Sen. Floyd Prozanski (D-Eugene), who also hopes to get Bieber to relocate to Oregon, wanted to stress to Bieber that marijuana is now legal in Oregon and that perhaps the large mirror array in Sandy could somehow be used to help provide light for a large indoor grow – in an eco-friendly manner.

Scooter Braun, Justin Bieber’s manager, initially declined to comment on the whole affair, but when pressed reluctantly said “It’s obvious that some members of the Oregon legislature have taken advantage of Oregon’s marijuana legalization.” Braun declined to elaborate.

Gov. Kate Brown (D) also has Bieber fever. She is rumored to be working on legislation for the 2017 session that would officially change the mascot for Oregon State University. If passed, future Civil War games would be played between the Ducks and the Biebers – although given Bieber’s choice of the U of O to practice at, perhaps it will end up being between the Biebers and the Beavers.