Final Measure 97 vote may not even be very close

As of late, stories have suggested that Measure 97 — the tax on Oregon sales — will be close in the end. I don’t think it will actually be that close. Yes on 97 has led for most of the campaign but the latest numbers suggest to me that No on 97 has taken a small but commanding lead. I also think that they will continue to expand that lead in the three weeks before Election Day.

Here’s what we know: 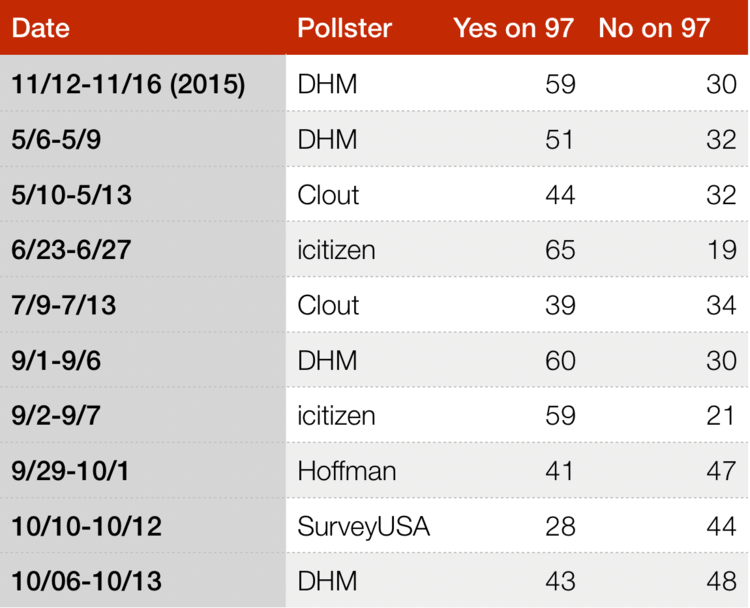 A chart of all statewide, public polls on Measure 97. A few of the early polls identified it as Initiative Petition (IP) 28 before it was assigned an official measure number for the ballot.

The chart above shows all the polls taken on Measure 97. While useful information this doesn’t tell us much. I decided to create a much more helpful line graph. 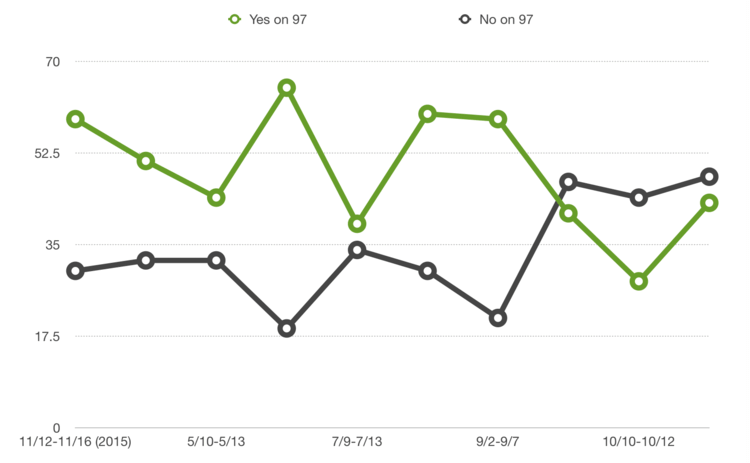 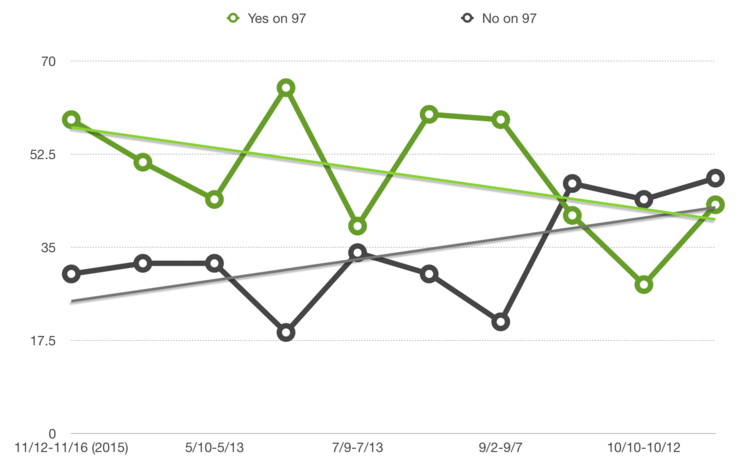 General wisdom about Oregon ballot measures goes something like this: if you want your measure to have a chance of passing it needs to be at or above 50% by the time you get to election day (60% if you want to be sure of passage). If a measure sinks below 50% at any time before election day 1) they don’t recover (i.e. push the yes side back up over 50%) and as a result 2) they don’t win. As far as I know there haven’t been many ballot measures at all that challenge this conventional wisdom. It could be because most people need less convincing to vote “Yes” than “No” or it could be something totally different.

Whatever the case, Measure 97’s passage is in serious doubt. I’d say at this point there a less than 25% chance it will pass and I suspect it won’t be close (I consider close to be “Yes” and “No” being within five points of each other). Legislators and those running to be future legislators should be prepared to wrangle about the budget in the upcoming legislative session. 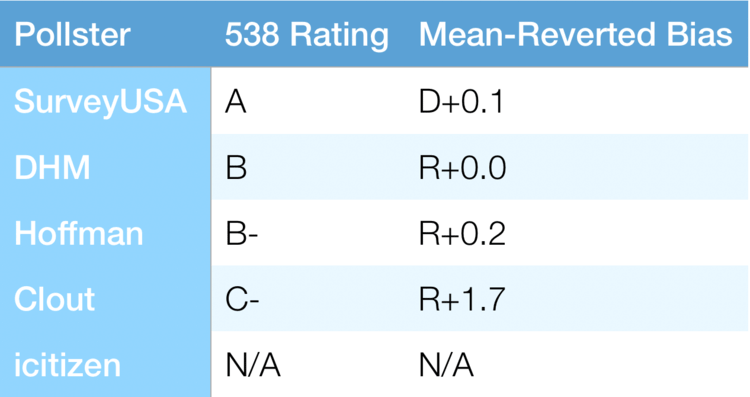 Method Notes: I compiled the ratings for every polling firm that has done a poll on Measure 97. All of the data comes from 538’s Pollster Ratings. The mean-reverted bias is the percentage that 538 has calculated that a particular firm’s polls are biased towards one party or the other. R+1 is a one percentage point bias towards the GOP while a D+1.5 is a one and a half percentage point bias towards the Democrat party.

To read more from Reagan, visit his web site