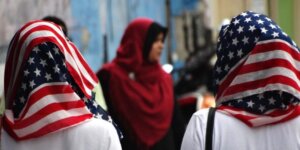 The City Club of Salem hosted Soraya Deen last Wednesday to talk about what it’s like being a Muslim in America. You can hear the story of her faith in Islam and her optimistic faith in America at the City Club of Portland today at 12:15.

As you might imagine, she has faced some prejudice, and yet it was clear from her talk that she loves this country as much as the rest of us. She’s lived in the United States for a while now and is still amazed by the strength of our civil society. 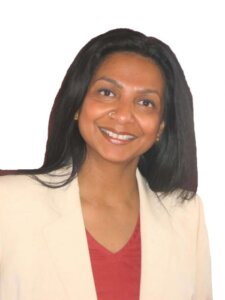 The attacks on September 11, 2001 were a pivotal moment for all Americans and she describes how, in addition to the empathy for the victims that day and the fear of becoming another one herself from additional attacks, Deen had an additional challenge when she had to answer her son’s sobbing question when she picked him up from school. With tears in his eyes, he asked: “mommy are we terrorists?”

After explaining the ways of the world to her son, she began working to combat the negative images of her faith that a small number of radicals had so successfully manipulated our cognitive biases with. Deen’s central theme is that Islam is so diverse; it’s impossible to judge a person with that information just as we ought not to judge her by the color of her skin.

Indeed, Deen is from Sri Lanka and points out that there are more Muslims east of the Middle East than all of the Arab populations combined. Yet most of what constitutes radical Islamic terrorism is really just a byproduct of Middle East politics which is as violent when it’s secular as when it hijacks the name of a religion.

If you’ve never met a real Muslim American, I suggest you come downtown this afternoon to meet her. It’s people like Soraya Deen that make America great.