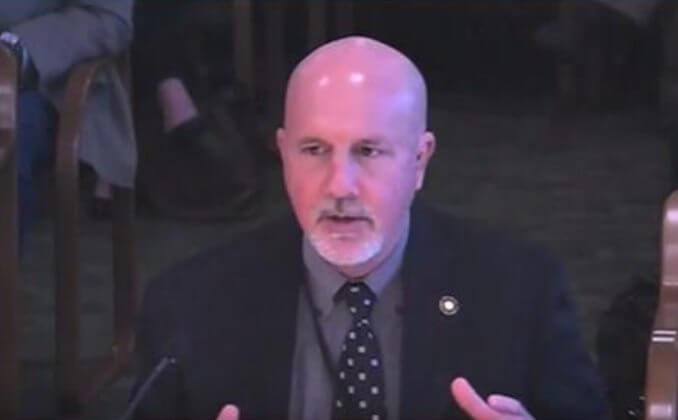 State Representative Bill Post (R-Keizer) testified before the House Health Care Committee in favor of House Bill 2128, which would make it easier to access certain medicines, like Sudafed, that have been proven as effective remedies for certain cold and flu like symptoms. In presenting the proposal, Representative Post argued that Oregon’s current law requiring adults to obtain a prescription in order to use pseudoephedrine is overly restrictive and has not solved the problem the law was originally intended to solve.Representative Post’s testimony before the House Health Care Committee can be viewed at the following link:

Here is the bill Summary for House Bill 2128

“Deletes requirement that pseudoephedrine be classified as Schedule III controlled substance. Directs State Board of Pharmacy to adopt rules for dispensing pseudoephedrine. Requires rules to be consistent with provisions of federal Controlled Substances Act that are related to dispensing of pseudoephedrine and federal regulations that implement those provisions. Punishes violation of rules by five years’ imprisonment, $125,000 fine, or both. Becomes operative January 1, 2018. Takes effect on 91st day following adjournment sine die.”