National television news media outlet, Fox News, interview local Multnomah County Republican Chair, James Buchal regarding the cancellation of a traditional parade along 82nd in Southeast Portland. The parade is called 82nd Avenue of Roses parade and is a neighborhood parade of various community partners. An anonymous email threatened the parade by saying “You have seen how much power we have downtown and that the police cannot stop us from shutting down roads so please consider your decision wisely”. The parade was cancelled. This follows other events in Portland and nationwide where certain liberal protestors create an atmosphere of violence and intimidation that chills free speech. 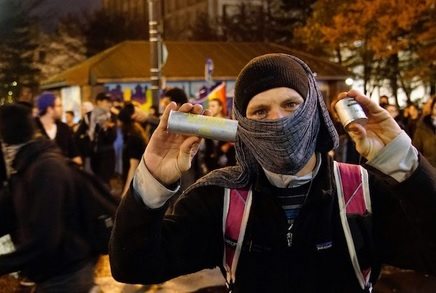 Here is what the Multnomah County Party had to say,

The Multnomah County Republican Party had been looking forward to its annual participation in the Avenue of Roses Parade, but has now received word that the criminal elements have succeeded in cancelling the entire Parade. We had written a letter to the Mayor, Chief of Police, and District Attorney asking them to help us make this a safe event, a copy of which may be reviewed here, but we received no response from the City or the parade organizers, copied on the letter. This is one more regrettable step away from the rule of law in Oregon.