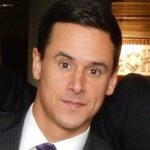 Outrage over Pepsi’s new protest-themed ad is common here in the Pacific Northwest. We are, after all, no strangers to protest. And what’s more, we take it seriously. Protests are part of our culture – a form of street cred.
We know how to spot a fake, which Pepsi’s ad certainly is. It shows a multi-ethnic crowd of good-looking people with signs bearing banal platitudes like “join the conversation” marching through the streets while singing, dancing and even playing the cello. But the ad is also more than that. Kendal Jenner handing an unarmed cop a Pepsi shouldn’t have us this worked up, but somehow it does.

Perhaps it is because the ad touches on something odd about protests today that we never talk about. Quite often, well-to-do families with children no older than eight or nine can be seen walking uncomfortably close to individuals clad in gas masks and military fatigues. Crowds are politely ushered by police lights and sirens along carefully planned routes negotiated with the city long in advance. People understand on an important level that there is, in fact, no real risk, no real conflict – only symbolism.

It’s healthy, everybody gets something out of it, and at the end, we all go home safe and sound. The sociologist Emile Durkheim called it ‘effervescence’. Today, symbolism has come to define the raison d’etre of protest in America.
All this points to an awkward fact: that modern protests have effectively become parades. The real risks faced by the protests of the civil rights era – the fire hoses, police dogs and public assassinations – no longer exist as they once did. They gave way in the 90’s and 2000’s to an open nostalgia for that era’s unrealized revolutionary promises. The Seattle WTO protests in 1999 and the Iraq war protests in 2003 all utilized this political nostalgia to significant effect. Portland famously earned the nickname “little Beirut” during the 1991 Gulf War protests.

Since the election of Donald Trump, however, protests appear to have moved beyond nostalgia and sentimentality, straight into kitsch. They have become parades in all but name, designed not to achieve specific policy goals but instead to facilitate and legitimize public displays of anxiety and frustration. Just look at Portland’s Women’s March earlier this year, where protesters posed for selfies with police. This symbolism is what Pepsi was marketing.

In so doing, the ad inadvertently exposed this symbolism for what it was. It didn’t hide it with anything specific or substantive. And it didn’t pretend it to be anything other than what it was.
In this way, the ad offended a sacred cow of contemporary protest culture. It reflected a basic truth back at the American public: that kitsch is often and easily commercialized. It showed the unthinkable: the symbolism of protest as protest.

If today’s protests involved real risk like those of decades past, if they were still about the form and the substance of protest, the ethos of Pepsi’s ad would not have been salient as a means of appealing to consumers. By bringing us face to face with the image of protest as kitsch, as parade, it struck a very real chord – just not in the way they intended.

By endangering a sacred cow of American politics, by pulling back the curtain of symbolism, the ad threatened to dispel an illusion. The hidden figure behind the curtain would be exposed. Protests might no longer speak with the booming voice of Oz. So, the ad was pulled, but not before the damage was done.

After all the controversy, people may no longer hear a voice from on high when listening to the protests of tomorrow. They may recognize, instead, the sound of outrage that once rose to meet Pepsi’s latest ad. They might listen and hear a chorus of “moos,” rising to exalt another sacred cow. Whatever Pepsi’s original intent, they have inadvertently done the work of serious art – speaking truth to power in all its bovine forms and calling the powerful to account, where they may be hiding in the unlikeliest of places.