To many people’s surprise in The Sunday Oregonian an extra mini-newspaper called the Oregon Economic Times was inserted. It was published by Third Century Solutions. Third Century Solutions is the brain trust of Bridget Barton, Jim Pasero and Rob Kremer of BrainstormNW magazine which was a business and culture commentary magazine. 170,000 copies of this Oregon Economic Times were printed. The education of this ad may have an impact on the election. 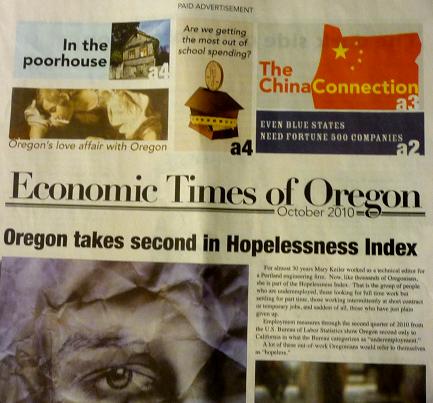 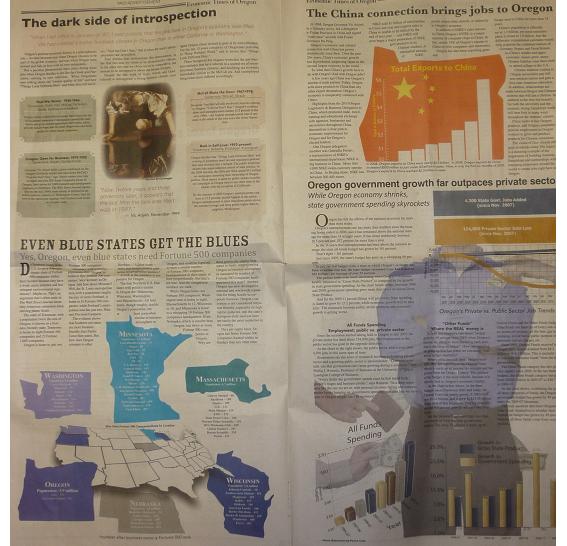 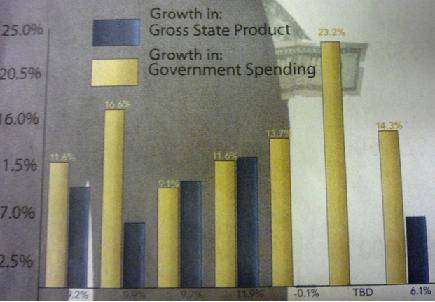 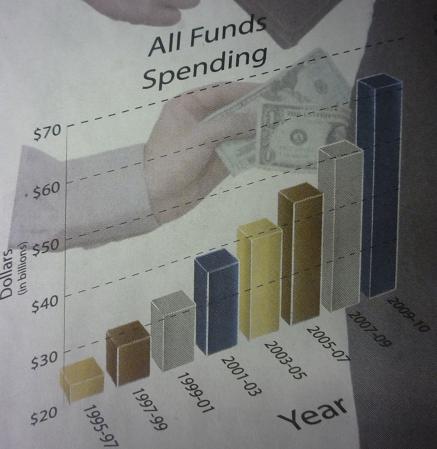