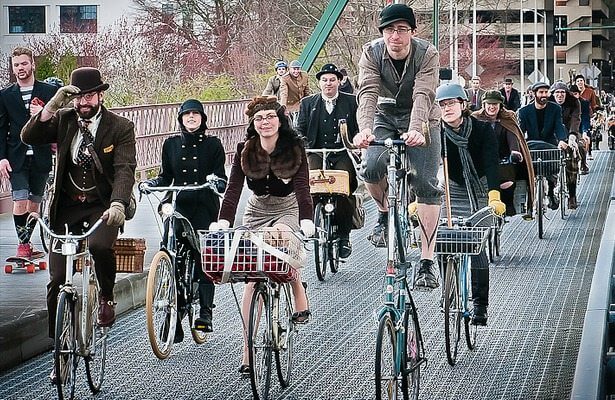 The Oregon Senate passed HB2017 yesterday. Some of the most important projects like the widening of Highway 217 didn’t make it into the final bill, but for the most part, this was a good piece of legislation. Unless you’re an anarchist, public goods like transportation infrastructure improvements are a legitimate role of state government, and this was largely financed by user-pay taxes.

For the first time, that principle of good governance will also apply to bicycles. Despite many hipsters’ complaints, Oregon will now levy a $15 tax on bike sales of $200 or more which is expected to raise $120 million in revenue for bicycle infrastructure.

I’ve never seen so many progressives upset about a tax before. Much of the argument against it relates to the premise that cyclists generate so many positive externalities by their choice of transportation. It’s thus not in the public interest to tax such socially beneficial behavior.

This creates a pan-ideological opportunity for a good policy discussion on taxes. I share the view that we should avoid taxing positive externalities, but aren’t our business’ incomes loaded with public benefit too? Given acceptance of these bike activists’ premise, the same person should reject corporate income taxes and the gross receipts tax as socially inefficient as well.

Here’s a condition where we might want to keep bikes tax free. Let C = (the cost of bicycle infrastructure) and B = (the social benefits). Then we’d only want to tax cycling in Oregon when:

That is to say, the tax on bikes should be positive only when the benefits are smaller than the costs. As Oregon’s public employee unions are collecting signatures to give Measure 97 another try, I’d like my progressive friends to think of business income the same way.